Lyme disease sits at the top of the most common vector-borne diseases in the U.S. Now that we’re deep in tick season, the chances of your dog falling prey to these potentially disease-ridden parasites and becoming potentially infected with a tick-borne illness are considerably higher. Plus, your dog might already suffer from Lyme disease without you even knowing it; although the primary tick-transmitted disease globally, Lyme disease only causes symptoms in 5-10% of affected dogs. Therefore, it’s time for you, the dog parent, to arm yourself with a proactive rather than a reactive approach to prevent Lyme disease from occurring in your canine friend to begin with.

Although you might be familiar with this disease, a more thorough discussion of the subject is necessary for dog parents to take rigorous care of their loyal companions. As such, we at Volhard decided to discuss Lyme disease in dogs more extensively. Join us today, and you will learn all about this disease, from transmission and symptoms to DIY tick removal and natural, homeopathic treatments! By the end of today’s blog, you will be ready to prevent ticks from causing harm to your dog.

How Is Lyme Disease Transmitted?

Lyme disease is an infection caused by the bacteria of the Borrelia burgdorferi species. These bacteria are usually present in specific parasites, such as the black-legged ticks (known as deer ticks or Ixodes scapularis) in the North and East of the U.S. and the western black-legged tick (or Ixodes pacificus) on the Pacific coast (ticks can be found throughout the U.S. territory).

Ticks attach themselves to the host’s (whether human, cow, deer, or canine) external tissue and begin to feed on its blood. The feeding process allows the bacteria and viruses dwelling within a tick to pass into the host’s body. Typically, the Borrelia bacterium requires 24-48 hours to pass to the host and cause infection. Aside from Lyme, the black-legged tick can also cause diseases, such as Anaplasmosis, Babesiosis, Bartonella, Ehrlichiosis, and Rocky Mountain spotted fever. 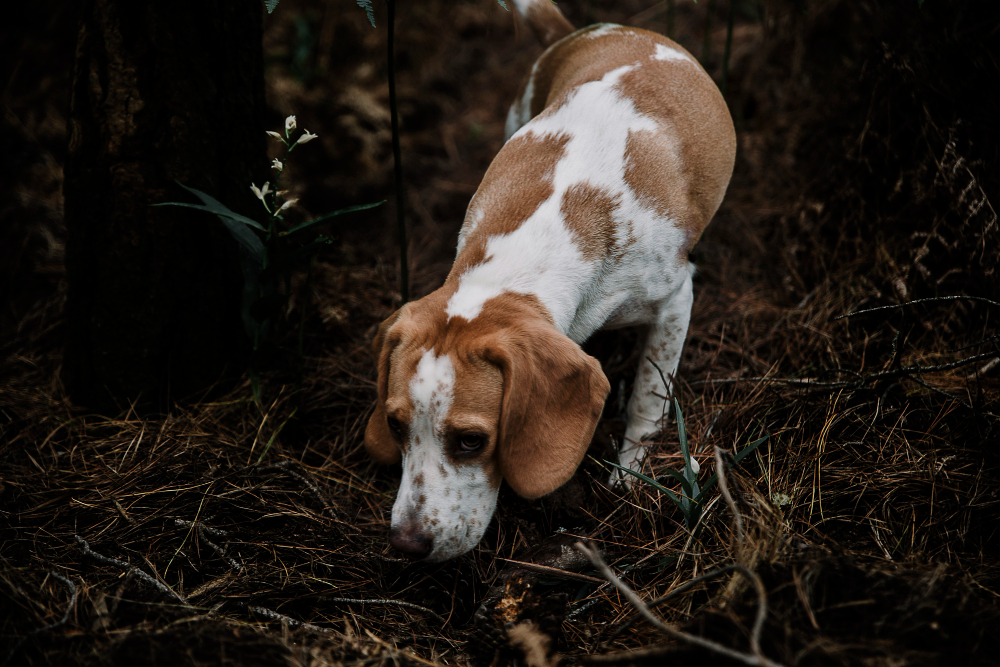 Symptoms of Lyme Disease in Dogs

Lyme disease has a series of common symptoms that appear in dogs, including, but not limited to:

In other dogs, Lyme disease manifests itself through more varied symptoms, including:

Complications from Lyme disease can target the dog’s kidneys. To be more precise, the bacterium causes dysfunction and inflammation in the kidney’s glomeruli (i.e., the network of blood vessels that filter the blood from liquids and other impurities). The disease is called glomerulonephritis and is known to cause life-threatening conditions such as acute kidney failure, one of the most critical reasons to take potential Lyme infection seriously and to regularly monitor your canine for symptoms.

We’ve seen how Lyme disease develops and manifests itself in a dog’s body; now, we will turn our attention towards prevention and treatment. At first, dog parents might be tempted to use antibiotics to cure Lyme disease in their canine companions. Is this actually the healthiest approach? It's true that some antibiotics, such as doxycycline (one of the antibiotics of choice for treating Lyme), amoxicillin, clarithromycin, and azithromycin, do alleviate Lyme disease symptoms and can be part of a proper treatment for humans.

Unfortunately, antibiotics might not be enough for a complete Lyme disease removal. On the contrary, the Borrelia burgdorferi can survive some antibiotic treatments. Moreover, even after an initial (seemingly successful) cycle of antibiotics, the same symptoms can return at a later date, together with new complications (e.g., development of kidney disease). Therefore, your best bet as a dog parent is to prevent the infection altogether. Fortunately, there are multiple Lyme disease prevention tactics and products, of which we want to share the most effective. 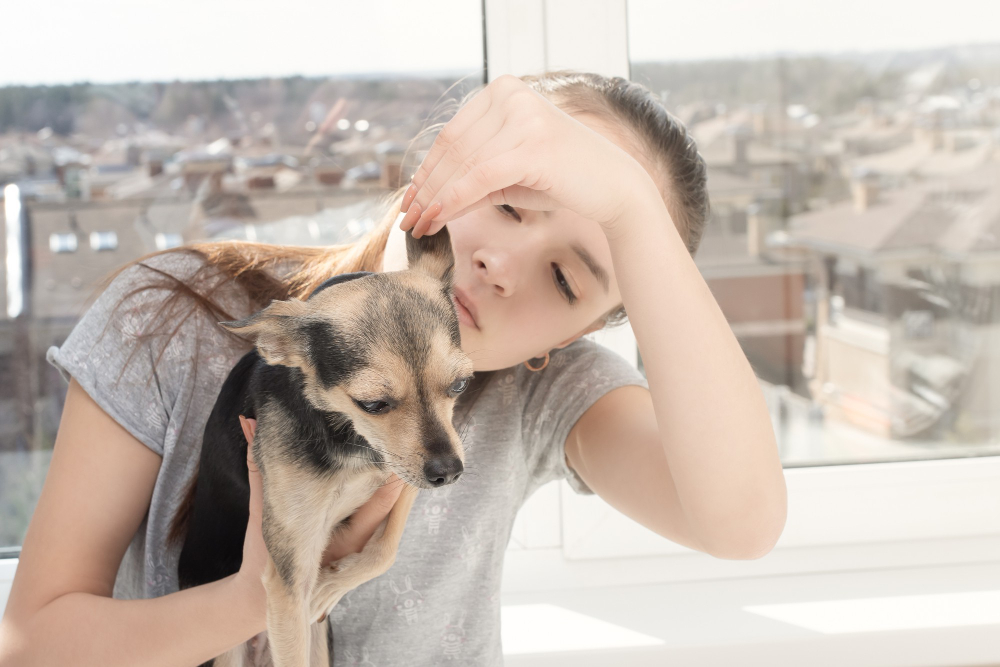 Thorough Lyme disease prevention can be achieved without expensive antibiotics; all you need is to have your dog checked regularly, not only for Lyme but for other vector-borne diseases as well. The starting point lies in the 4DX Snap Test! This simple blood test done at your vet office can detect Lyme, Heartworm, Ehrlichia canis, Ehrlichia ewingii, Anaplasma phagocytophilum, and Anaplasma platys in only eight minutes. However, in case of a positive result, further tests are required to ascertain the true culprit behind the infection. We recommend the C6 and CBC tests for more accurate results once your pet receives a positive 4DX test.

Tick bites occur suddenly, and the dog parent has to remain vigilant. Because of this, we advise dog parents to get their dog proactively tested at least once every six months (especially if not giving chemical preventatives) before the infection has enough time to cause severe complications.

Next, you must understand that dogs get bitten by ticks as easily as humans, if not easier. Frequently, dogs wander through woods with only their fur for cover while we coat ourselves with tick repellents for those same hikes. Dogs can benefit from these repellents as much as humans do, and some of them do work wonders! Let’s take a look at the most common examples:

Humans have used essential oils to counteract ailments naturally and as pest repellents for many centuries now. Their high concentrations and organic composition work like magic against specific parasites, such as ticks. For example, rose geranium, a sweet, strong-smelling essential oil, disturbs the tick’s sense of smell and causes it to leave its potential host alone. Furthermore, cedar oil, a biochemical insecticide, acts as a pheromone interruption agent and shuts down the insect’s breathing system, causing nearly instantaneous death for the bug. Ticks and mosquitoes, fleas, head lice, and bed bugs have little to no chance against this essential oil. Both products are non-toxic and will last several weeks in your dog’s coat, providing ongoing protection.

The most efficacious homeopathic that works to heal bites from insects is Ledum. Its anti-tetanus properties work best against puncture wounds and bites from animals or insects, in addition to helping with blood purification and chronic disease alleviation. This makes it a great remedy for keeping Lyme disease at bay.

The recommended Ledum dosage for dogs is one homeopathic pellet of Ledum 200c twice per day for two days after the tick bite. Place the pellet in the dog’s mouth, dissolve it in a small amount of water or add to the food if necessary. 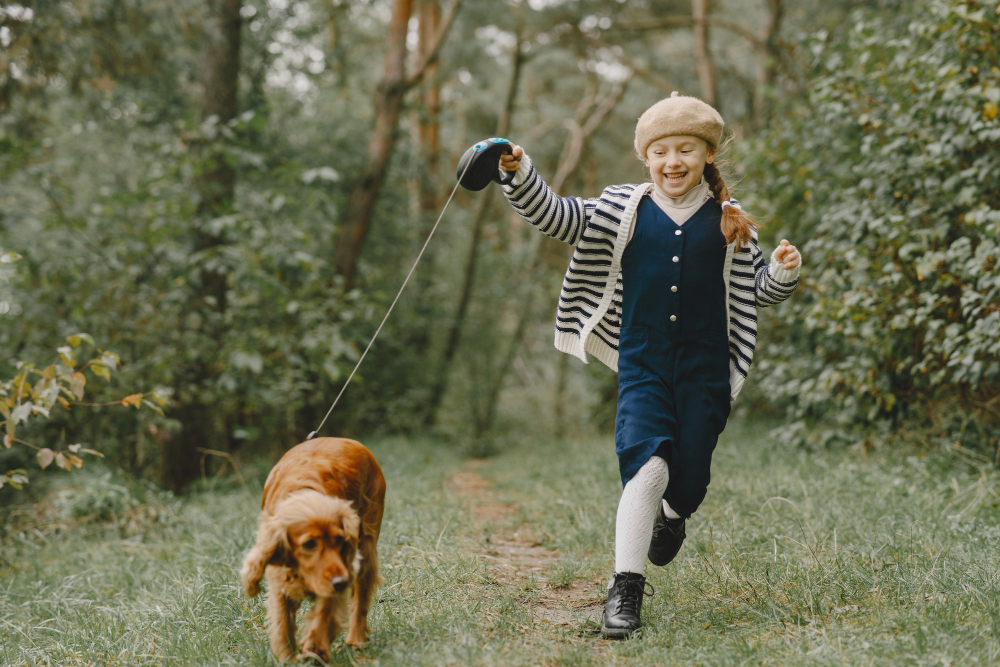 This natural remedy, made of ground fossils and single-celled algae, is rich with silica or silicon dioxide, one of the most abundant resources in the Earth’s crust. Once purified, diatomaceous earth acts as a dehydrating agent. The parasite will lose its natural moisture and oils and perish. However, unlike the parasites they pick up, dogs and humans are too big to suffer from this dehydration process, making diatomaceous earth a powerful ally against ticks. Use diatomaceous earth to ease the tick removal process and to clean the bite area.

Tick Prevention Tip of the Day -

Do you have any lint rollers in your closet? It’s time to put them to good use. Use a roller on your dog after every hike in the woods. Any ticks hidden in your dog’s coat will be caught and removed. Although an inexpensive solution, lint rollers work as an effective first line of defense against ticks, so make sure that you keep one at hand during tick season!

What Happens If My Dog Gets Bitten by a Tick?

The crucial first step is for you to stay calm. Tick bites do not automatically translate into Lyme disease. On the contrary, as long as you act quickly, there is a good chance that your dog will go through this unfortunate situation disease-free. Prepare yourself to perform a DIY tick removal as soon as you have spotted one of these pests.

You will need the proper tick removal tools. Make sure that you have the following items on hand:

Once you have collected these items, you may proceed with the tick removal procedure. Again, care and caution are vital for this step: do not attempt to twist or press the tick with the tweezers - a slow, straight pulling motion is needed. Furthermore, refrain from applying burning or irritating substances that might cause the tick to relieve its bowel contents and lead to an unwanted hypodermic effect.

The procedure will be successful only if you remove the whole body of the tick. If the head of the tick is already stuck in the dog’s skin, you will need to choose a different approach for removal. Fortunately, tick removal remedies such as peppermint essential oil and silica are known to effectively force the tick to detach itself from your dog, so keep them on hand for such occurrences. If the tick removal procedure is successful, inspect the skin and ensure that no tick body parts are still attached.

With the tick out of the way, it’s time to disinfect the area. Three-percent hydrogen peroxide is your best ally in this process since its oxygen concentration will eradicate the Lyme disease bacterium in its infancy. However, the antiseptic also has bleaching properties, so we recommend that you use it cautiously on black or dark-haired dogs. 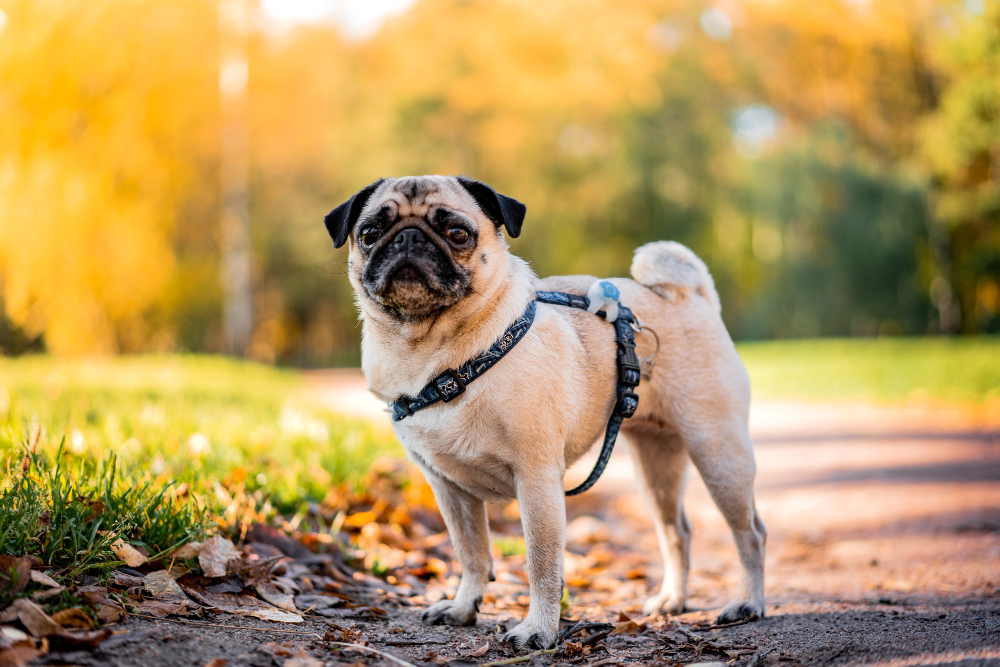 Keeping your dog Lyme disease-free is all about prevention and maintaining overall good health. As long as your dog is cared for and healthy, ticks will look for a host elsewhere. Ticks, like all parasites, are attracted to sick and unhealthy dogs but will veer away from those they can sense are healthier and therefore have higher immune systems to defend against them. Nevertheless, if tick bites do occur, there’s no need to worry. You now possess the necessary knowledge to dispose of the tick yourself!

Our Volhard team is ready to answer all of your questions surrounding Lyme disease symptoms and prevention, so feel free to contact us or check out our blog if you have more questions.