The jolly holiday season is right upon us! The smell of old-timey favorites like snickerdoodles, cinnamon buns, and cinnamon-baked pumpkin pervades our homes, not to mention the classic pumpkin spice flavor in our morning lattes! No wonder our dogs want to be a part of the holiday action! But before we let our dogs indulge in this culinary extravaganza, let's find out if our furry friends do well with the king of holiday spices — cinnamon!

Cinnamon is one of the most popular spices in the United States, second only to black pepper. It is harvested from trees belonging to the Cinnamomum family, found in the warm regions of the Americas and Southeast Asia. Humans have harnessed the medicinal benefits of cinnamon for thousands of years — its antioxidant-rich composition and anti-inflammatory properties make cinnamon a potent natural remedy for various ailments (e.g., it helps lower blood glucose levels). And it's not just humans who can reap the benefits of cinnamon supplementation — your dog will love a pinch of cinnamon in their diet, as long as they consume it in moderation (too much cinnamon will make them sick) and don't inhale it!

Can Dogs Have Cinnamon? Yes!

Let's dispel the mystery right off the bat — no, cinnamon is not toxic to dogs, and your furry friend will thank you for spicing up their food bowl with a bit of cinnamon! But not without moderation. Too much cinnamon will cause symptoms of toxicity, both in humans and dogs. Furthermore, cinnamon comes in different types, each with its own health benefits and downsides. So let's look at the two main types of cinnamon and decide which best suits your dog's health.

It's Best To Avoid Cassia Cinnamon

Cassia cinnamon is the dark brown spice we generally associate the word "cinnamon" with. It hails from the Eastern part of Asia — specifically China and Indonesia — where we harvest it from the Cinnamomum cassia tree. It owes its ubiquitousness and low prices to the tree's easy cultivation. But "cheap and easy" is not always synonymous with "healthy." Cassia cinnamon is loaded with coumarin, a chemical compound associated with kidney and liver disease in humans. So be sure to feed only tiny amounts if cassia-based cinnamon is your only available option. 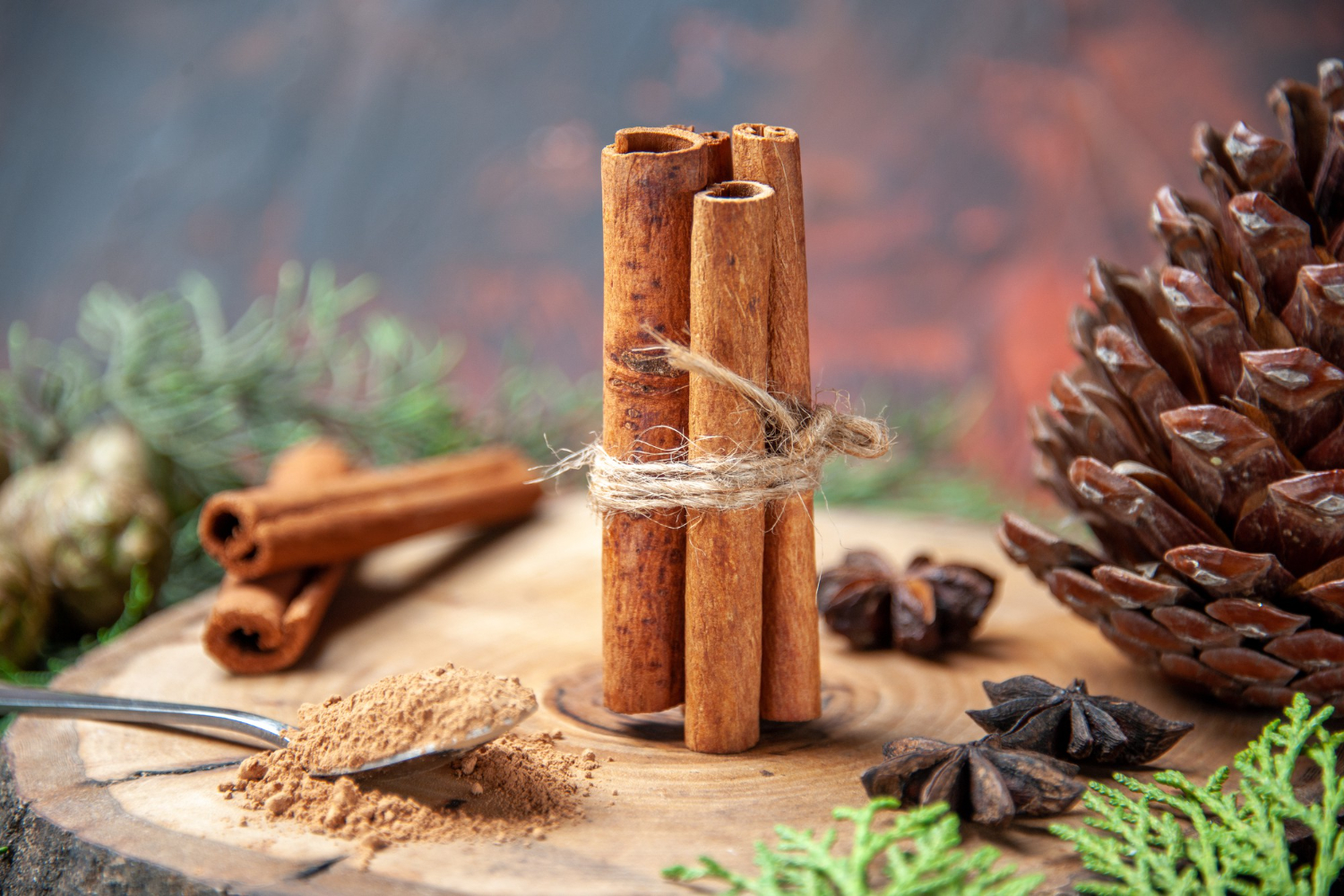 Ceylon Cinnamon Is the Healthiest Option for Your Dog

Rather than purchasing cinnamon made from the Cinnamomum cassia tree, look for Ceylon cinnamon! It's sweet, lighter in color, and actually healthier for our dogs — its levels of coumarin are significantly lower. However, there's a catch — Ceylon cinnamon is more expensive and harder to find than its dark brown counterpart.

How Much Cinnamon Powder Can a Dog Have?

Although the king of holiday spices, cinnamon can quickly turn from friend to foe when constantly ingested in high amounts. Canine consumption calls for moderation, so start with a small dosage and refrain from feeding cinnamon to your dog on a daily basis. Diabetic dogs, who consume cinnamon to balance their blood sugar levels, are the exception to the rule.

The following dosages for ground cinnamon will help you gauge the appropriate amount of cinnamon for your dog:

A Few Precautions To Observe When Feeding Cinnamon to Your Dog

#1: Your Dog Must Not Inhale Powdered Cinnamon

Powdered cinnamon is only healthy for dogs when ingested, not inhaled. When a dog inhales cinnamon powder, their body will respond with symptoms such as:

Instead, mix the cinnamon with honey and feed it as a delicious snack. Avoid feeding cinnamon to pregnant dogs as it can have a very stimulating effect on the uterus. 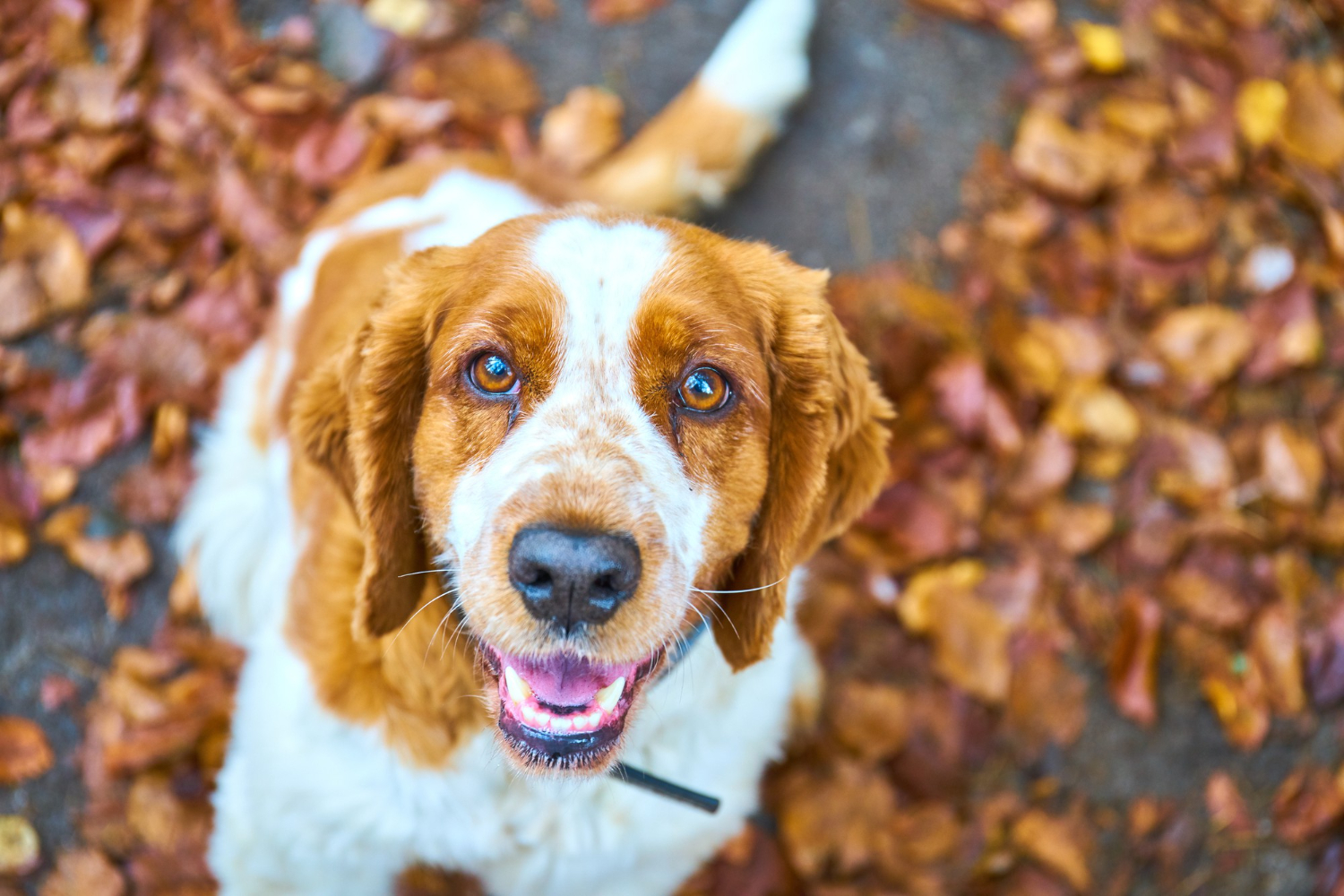 #3: Be Careful Not To Feed Too Much Cinnamon

Although not fatal, cinnamon can be toxic for dogs when fed a pinch too much. A trip to the vet will help mitigate the symptoms of cinnamon toxicity and put your heart at ease.

The breakfast of champions is the way many of us start our day, and our dogs will sit right behind our chairs, hoping to catch any crunchy, sugary treat. But feeding classics such as Cinnamon Toast Crunch to our dogs is not a healthy idea. Aside from causing digestive issues like stomach upsets and diarrhea, Cinnamon Toast Crunch is devoid of any nutritional value — a risky price to pay with no reward.

With such a variety of spices at our disposal, there's no surprise that we sometimes get them all mixed up. But a low-stakes mistake can turn into an unfortunate accident. That is the case with nutmeg.

Cinnamon and nutmeg are complementary spices, but only in our food bowls. That is because the latter contains a toxin called myristicin, a naturally-occurring insecticide found in various herbs and spices. Disorientation, hallucinations, abdominal pain, and increased blood pressure make up the most common symptoms of myristicin poisoning.

Although toxic to dogs, only large quantities of nutmeg (e.g., 1 to 3 tablespoons) cause dangerous symptoms — small amounts, such as the ones found in baked goods, will only upset your dog's tummy. Do not hesitate to see a veterinarian if your dog has consumed the wrong spice, even in tiny amounts.

Time for Some Yummy Baked Treats for Your Dog!

Are you unsure how to supplement your dog's diet with cinnamon? Our unique recipes will help you whip up a healthy, nutritious cinnamon snack for your furry friend in no time! 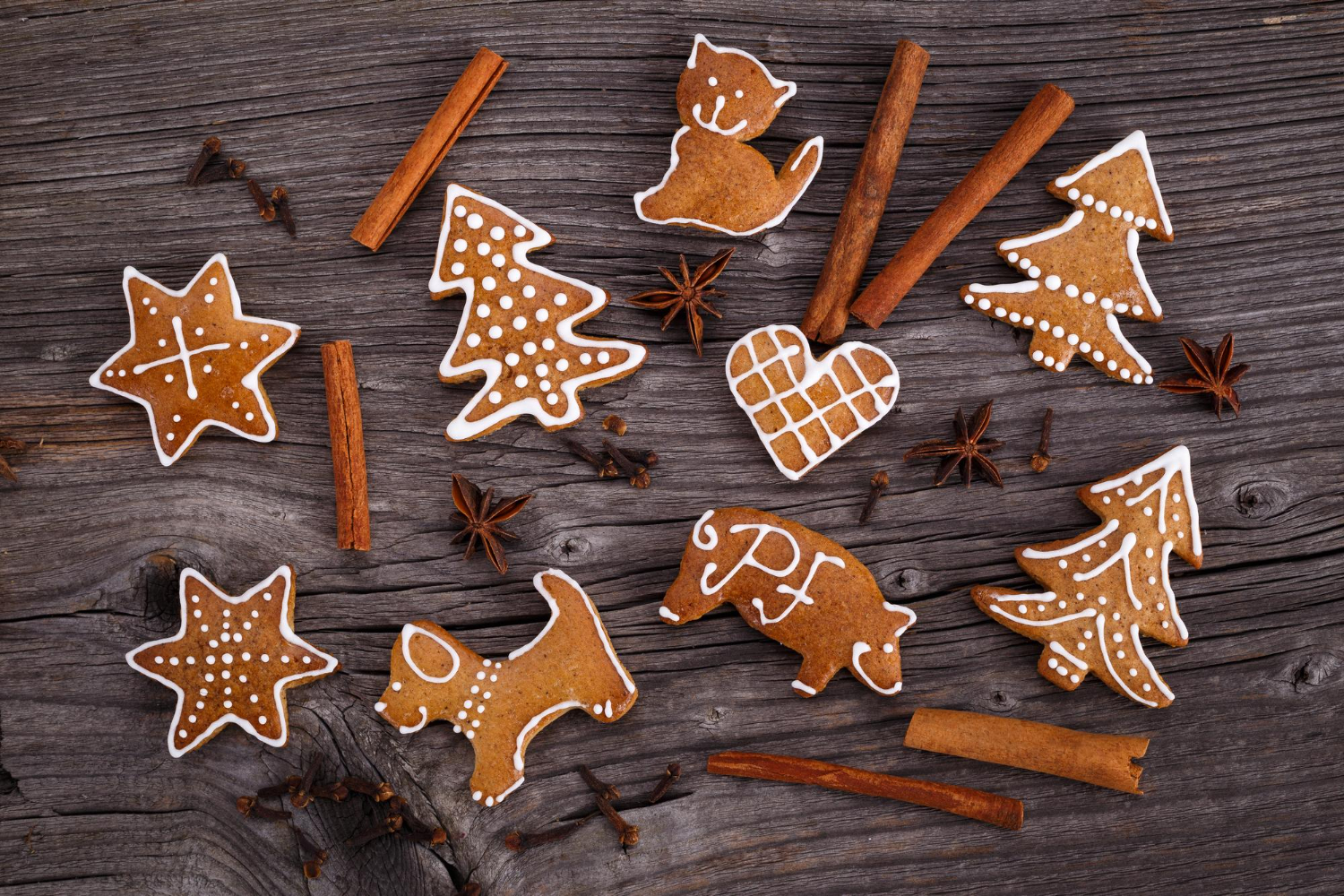 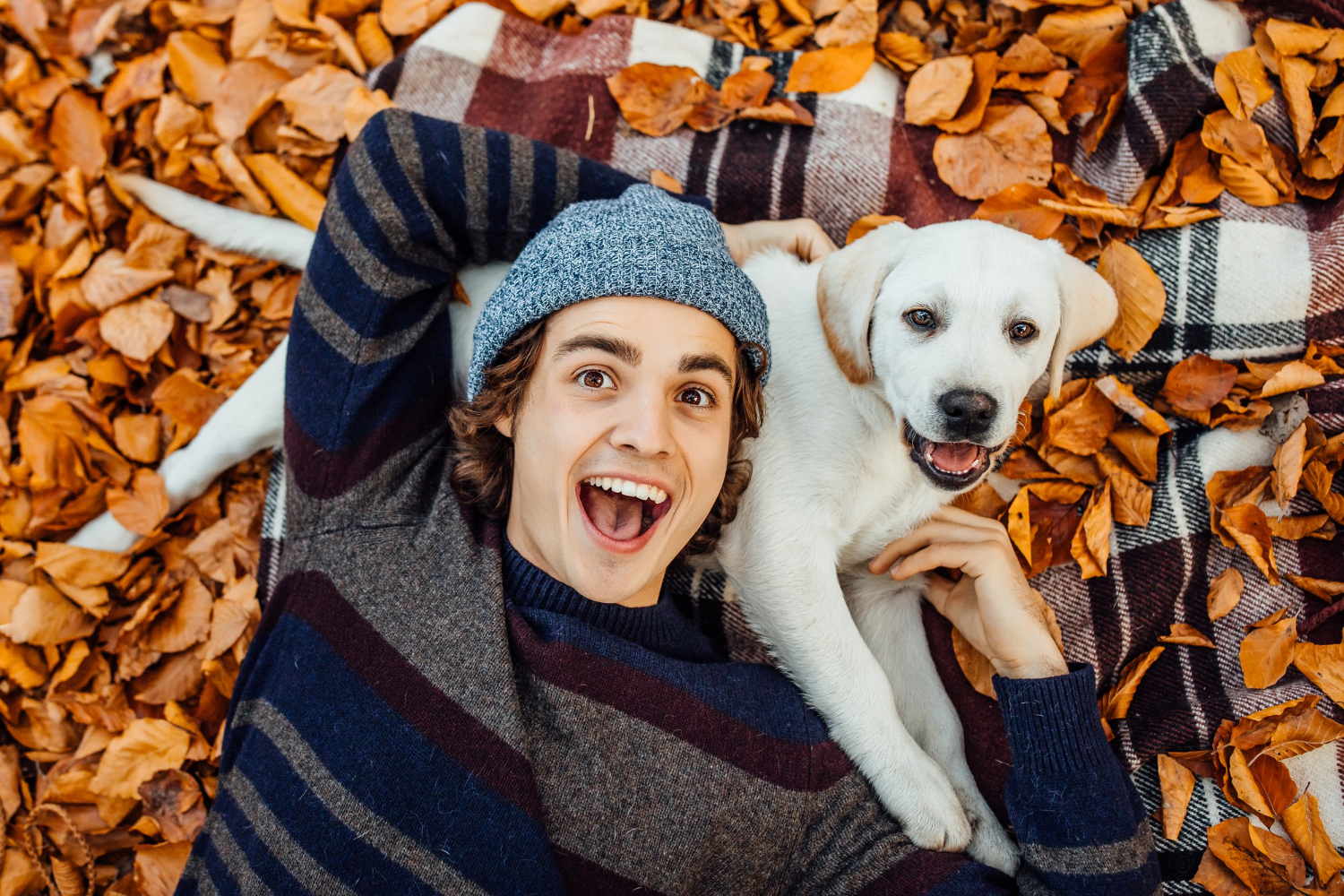 Cinnamon is one of the healthiest spices a dog can have. With its anti-inflammatory properties and ability to regulate blood sugar and improve heart health, cinnamon can help tackle many health conditions. Just be sure to feed it to your dog properly — consuming cinnamon sticks and essential oil or inhaling cinnamon powder will only make matters worse for your furry friend. But if you practice moderation, your dog and cinnamon will have a fruitful relationship. For more advice on dog nutrition, health, and training, make sure that you contact us and check out our blog!


Volhard Dog Nutrition and its expert nutritionists are now offering online consultations to help more dog parents discover why, what, and how to feed their dogs the healthiest of foods! Speaking to a Volhard nutritionist will help you understand the inseparable relationship between healthy food, a healthy body, and a healthy mind. If you're interested in contacting one of our Volhard nutritionists, don't hesitate to access our consultation page!