Have you heard the iconic "hic" sounds from somewhere around the house, but you can't find its exact source? If so, it probably came from your canine friend. That's right; humans are not alone in experiencing these involuntary sounds made by the spasms of the diaphragm. Most of the time, hiccups are merely a source of laughter and are treated lightly. But where do we draw the line between waiting for the hiccups to pass and seeing a veterinarian? Today, we will discuss the leading causes of hiccups in dogs, how to stop them, and the necessary approach if your dog's hiccups fail to cease.

Why Does My Dog Hiccup?

The process that causes hiccups in dogs is similar in humans. The diaphragm (i.e., the muscle under the lungs) experiences a spasm, which causes the glottis (i.e., the opening between the vocal cords) to suddenly close. This process results in the all-known "hic" sound.

Even to this day, science cannot pinpoint for sure why both dogs and humans hiccup. One theory suggests that hiccups help dogs relieve gas or an upset tummy. Another explanation stems from the many documented instances of fetal hiccups. Puppies get hiccups sometimes as an exercise for the breathing muscles when in the womb. As dogs, they tend to experience hiccups less frequently or not at all.

Why Do Puppies Hiccup More?

Aside from the theory of fetal hiccups, various other reasons cause more frequent hiccups in puppies than adult dogs. Puppies tend to inhale more air when feeding too quickly or when they experience high levels of excitement. Furthermore, scientists have pointed out that puppies' weaker muscles, which are not yet fully developed, are more prone to muscle contractions. Once the adult age nears in, your dog's muscles have become stronger, and his hiccup episodes will become less common. 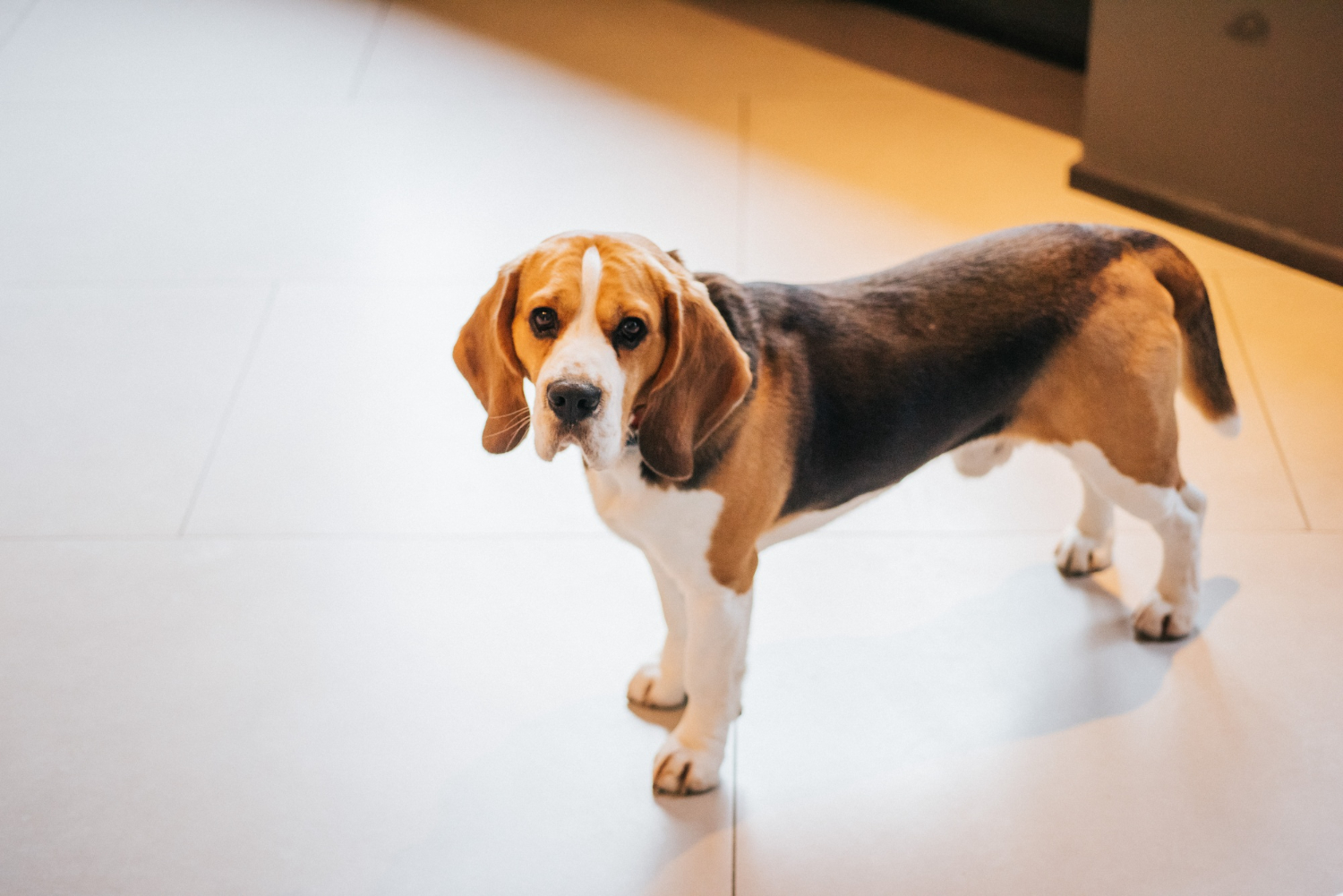 For humans, hiccup episodes are more often associated with embarrassing rather than painful experiences, and the same goes for our canine companions. Dogs usually stay calm during hiccups, with no signs of pain, anxiety, or stress. All they need is about 10-15 minutes of patience, and the hiccups will go away on their own.

How to Stop Hiccups in Dogs?

As we mentioned earlier, in most cases, hiccup episodes go away on their own, which does not mean that people haven't looked for hiccup remedies. Humans have come up with various methods to put an end to hiccups, such as holding one's breath or even "scaring the hiccup away." But these methodologies are useless most of the time in humans and definitely do not work with dogs.

Although no method is 100% effective at stopping hiccups in dogs, some approaches have proved to be more successful than others, such as:

At the same time, we recommend that you refrain from feeding any meals to your dog during violent hiccup episodes since they represent a choking hazard and may cause aspiration pneumonia. 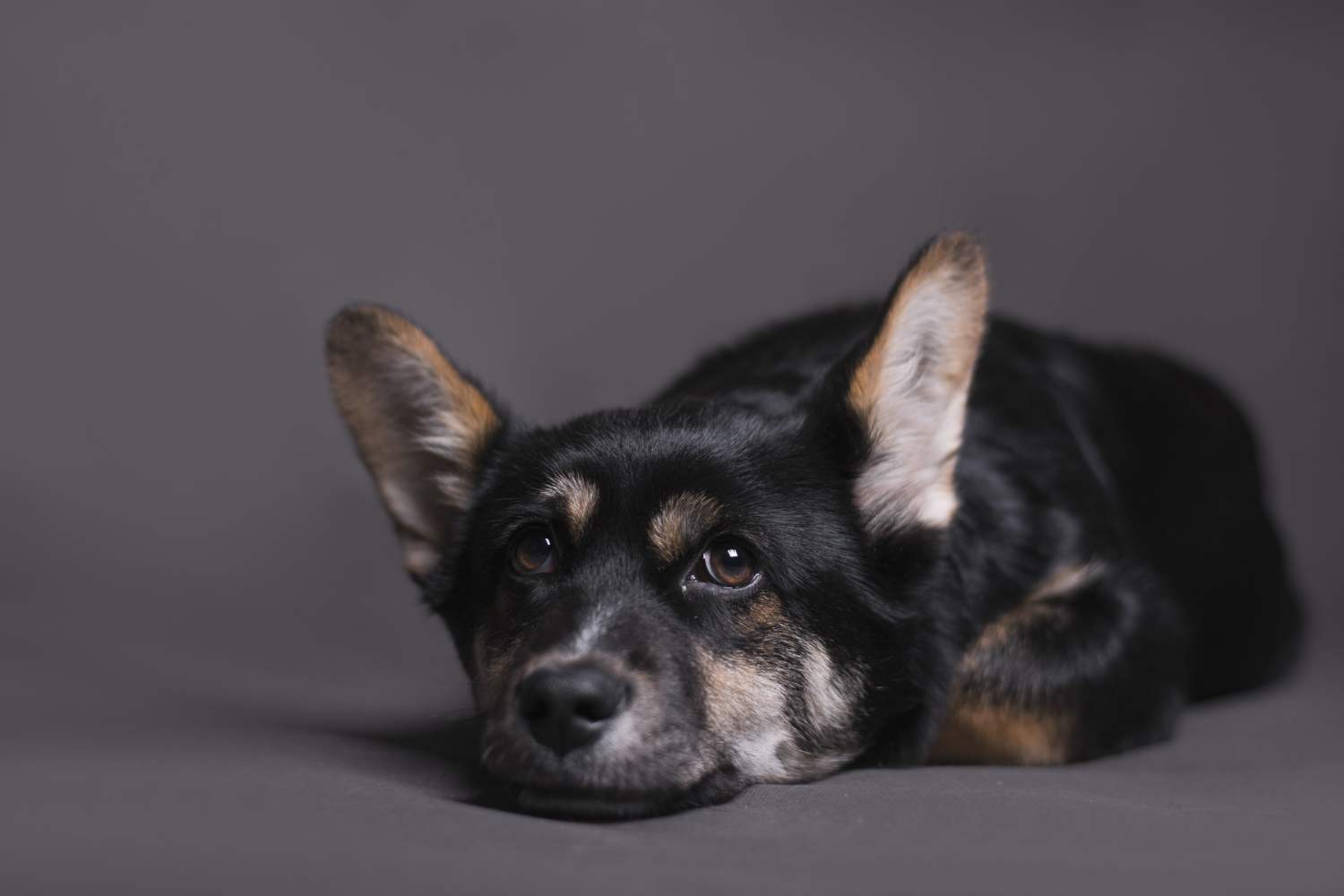 What If the Hiccups Persist?

Although hiccups are expected to stop on their own after 10-15 minutes, longer hiccup episodes can signal more serious medical issues. If breathing issues or a wheezing sound accompanies hiccups, a visit to the veterinarian becomes necessary to ascertain the actual cause of this prolonged hiccup episode. We advise that you be on the lookout for the following symptoms:

The persistence of hiccup episodes in your dog potentially hides serious medical issues which deserve a more thorough discussion:

A significant number of dogs in the US harbor one or a combination of parasites. Certain worm species, such as tapeworms or hookworms, settle in the intestines and cause digestive issues. Others, such as roundworms or heartworms, find a welcoming environment in your dog's respiratory system, where they cause severe damage to the digestive and respiratory tracts. Is your dog's hiccup episode accompanied by diarrhea, vomiting, or bloody stools? He might be telling you that he needs a natural dewormer through a proper diet!

Persistent hiccup episodes can also signify issues in the respiratory system. When accompanied by hour-long hiccups, symptoms such as sneezing, coughing, wheezing, and nose discharge point towards respiratory conditions such as bronchitis or pneumonia. If left untreated, these diseases can put your dog's life in jeopardy, so don't hesitate to contact your veterinarian at the first sign of trouble.

Taking a Trip to the Veterinarian

Severe hiccup episodes in dogs must be brought to the attention of a veterinarian, who will investigate their causes through a physical exam (e.g., X-rays of the chest). Issues such as heart enlargement, stomach disorders, tumors, inflammatory bowel disease, reflux esophagitis, and hiatal hernia (i.e., the protrusion of the stomach into the chest cavity through the diaphragm) are common culprits of persistent hiccups in dogs. Once the issue has been identified, your veterinarian will prescribe a specific treatment to relieve your dog's hiccups and help him return to normal. 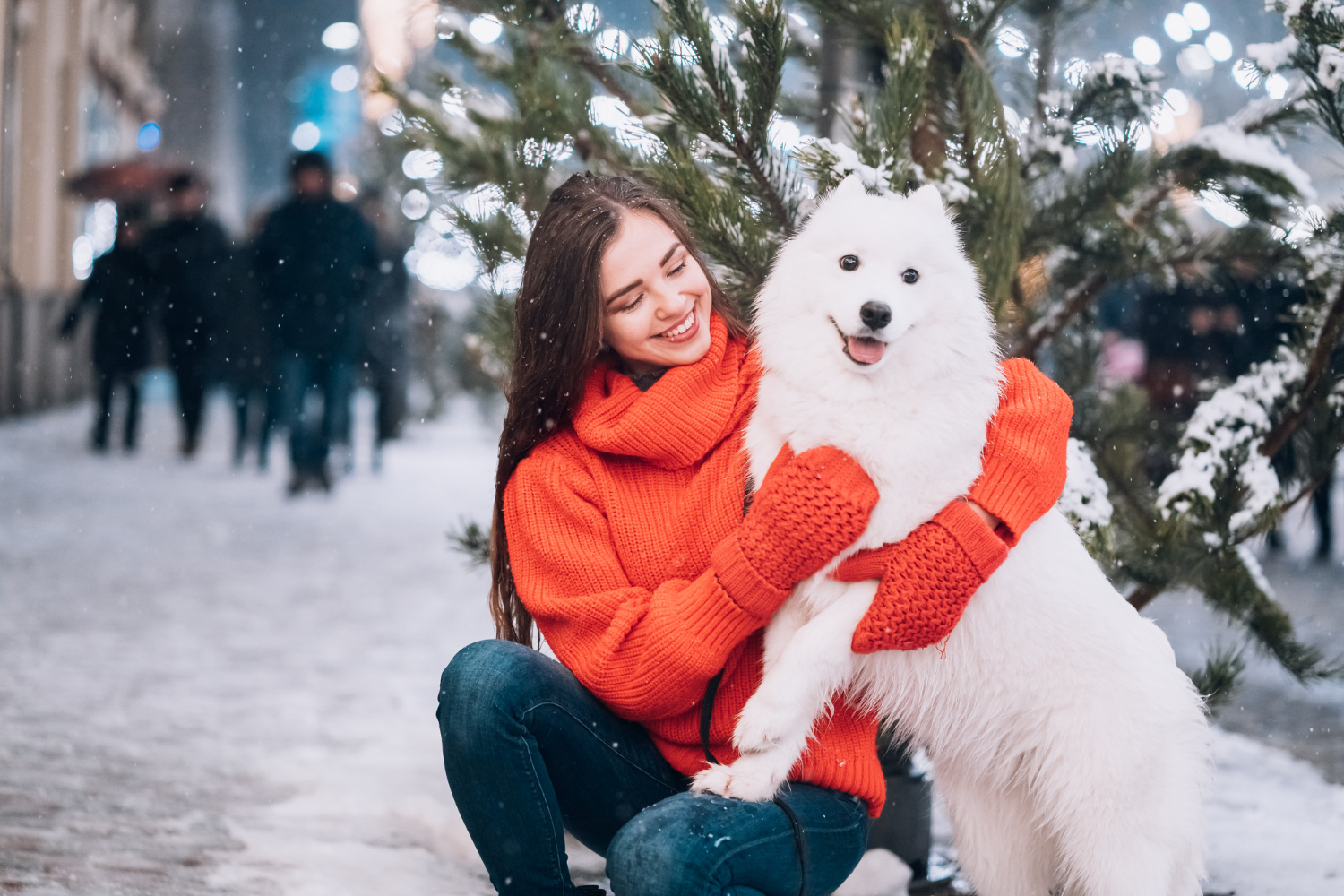 In most cases, hiccups in dogs are nothing but a momentary discomfort that will go away by itself. However, short, funny hiccup episodes can become serious when they last for more than an hour and should be immediately brought to a veterinarian's attention. We hope that this blog has clarified all of your questions regarding the causes of hiccups in dogs and how to relieve them. For more advice on dog nutrition, health, and training, make sure that you