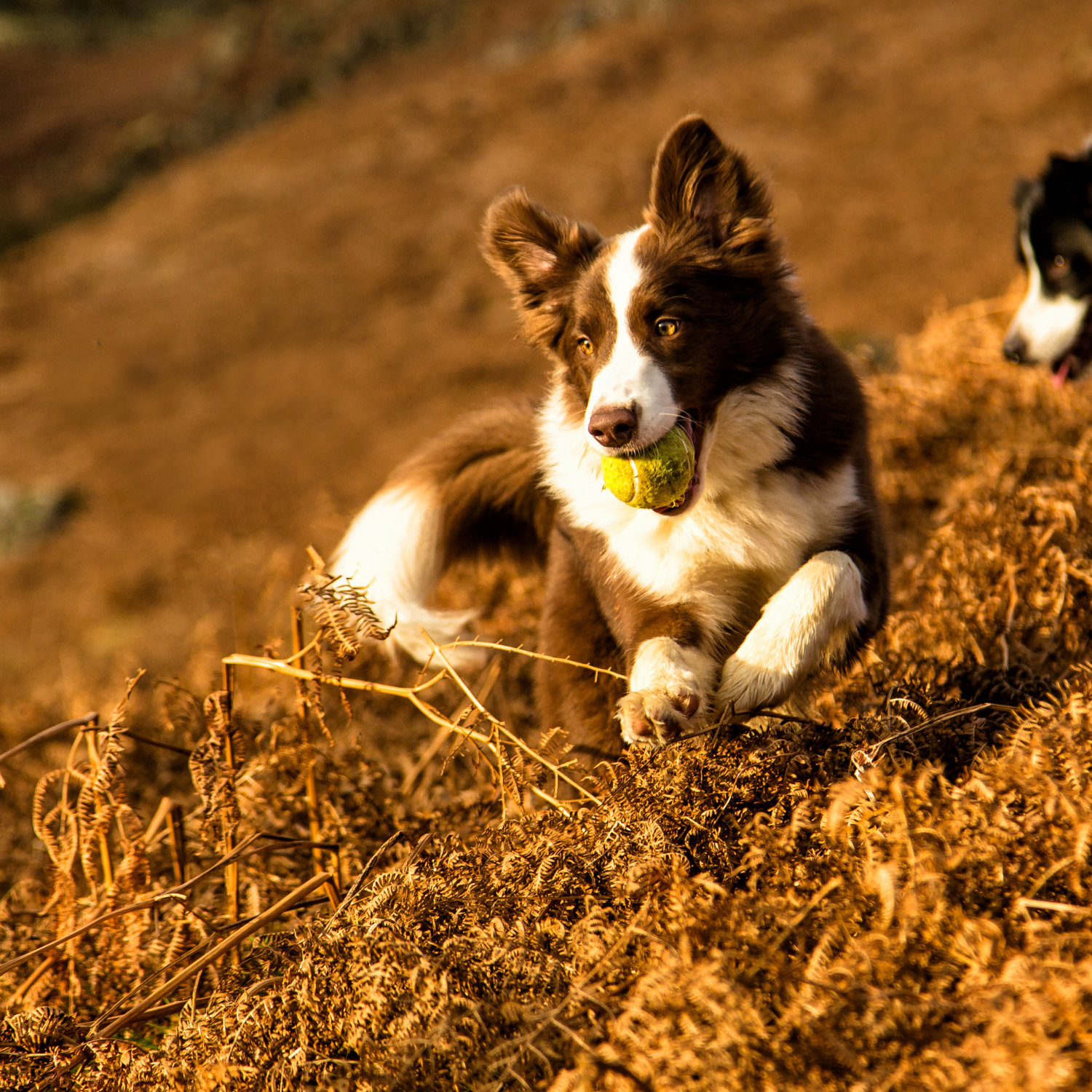 Solo was a cute 7-month old Collie puppy who came to one of our Training Camps. Marcy,

her owner, was a nervous wreck because she had never been able to sleep through a night since

Solo would snuffle, snort and sneeze, waking Marcy up and then again at 5:30 a.m.,

when Solo had to go out.

What I saw was a hyper-active puppy with hot spots and skin eruptions all over her little body.

She had white discharges from her nose and eyes. She just couldn’t stay still and was in

Learning about Solo, I found out that she was born in July.

Before Marcy brought her home, Solo:

Following each set of vaccines, Solo had diarrhea, started to itch, her body became covered in hives and her eyes and nose had a whitish discharge. She was also running alive with fleas. Her veterinarian had prescribed steroids for the itching, stool hardeners and antibiotics for her diarrhea, and a flea and tick dip to be given every week. She was fed a dry kibble with no supplements.

This was one sick little puppy, who needed immediate care. 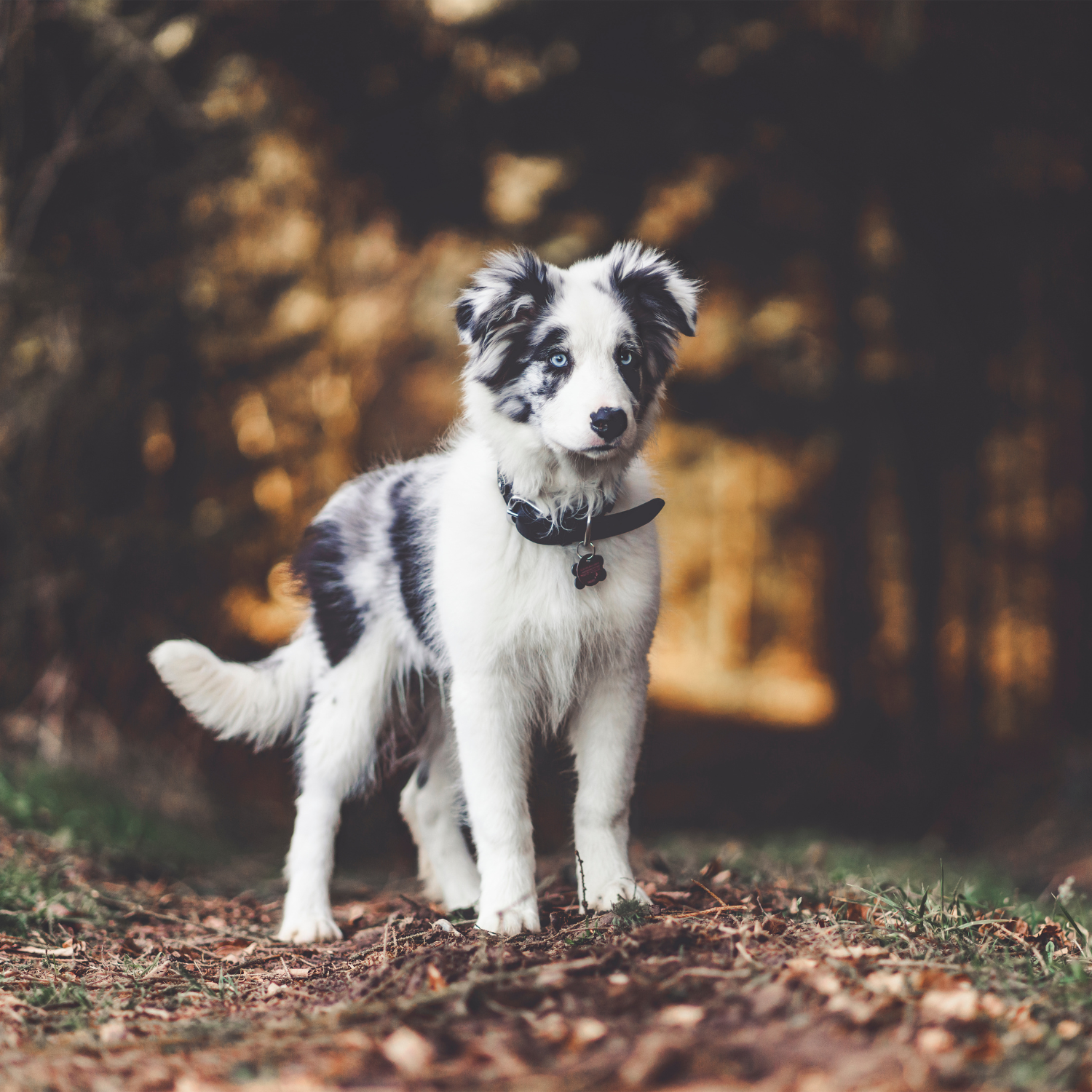 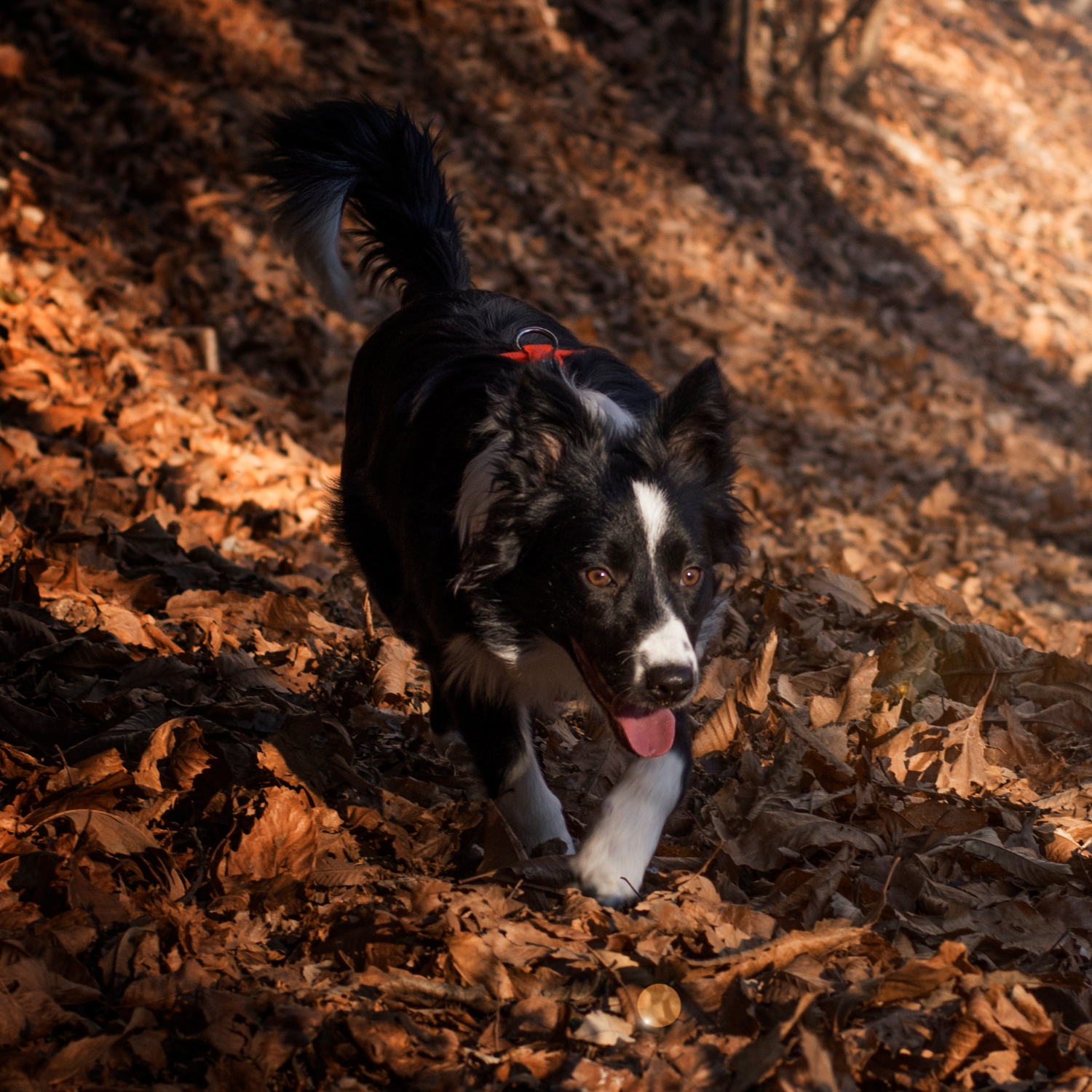 Expressions of the Lungs and Large Intestine

Lungs and Large Intestine. It corresponds to the Metal element, the color white, the emotion of sadness and depression, a rank smell and the sound of whining and crying.

These organs express themselves in the nose, skin and structure of the dog,

as well as the elimination systems.

Worse on dry days, when housed in a room with dry heat such as a wood burning stove,

or when put under the hot hair dryer at a groomer’s.

The white discharges from Solo’s nose and eyes told me that there was involvement with the Metal element. The time she got Marcy up to go outside was also a clue, since at 5:00 a.m. The energy of the body goes into the large intestine, responsible for elimination.

The fact that she had had her dew claws removed, leaving a tiny scar on a major large intestine acupuncture point, told me that the condition of her skin could be related to that too.

But it wasn’t that simple. The hot spots and hyperactivity showed me that there was a disruption in the energy to the heart and small intestine as well. Both systems were weak.

Solo was fasted for a day on goat’s milk and honey, and for the first time since Marcy had owned Solo, they both slept the night through. An individual diet, combining both the Lung/Large Intestine diet together with the Heart/Small Intestine diet was worked out for little Solo. She was cleared of the side effects of the vaccines by using homeopathic remedies. When Solo left Camp, she was quiet, calm, and a happy little soul, and her skin was beginning to heal. The diarrhea had stopped and the discharges had almost cleared up.

I told Marcy that I thought in about three weeks, Solo should recover,

but she was to keep her on the Natural Diet. 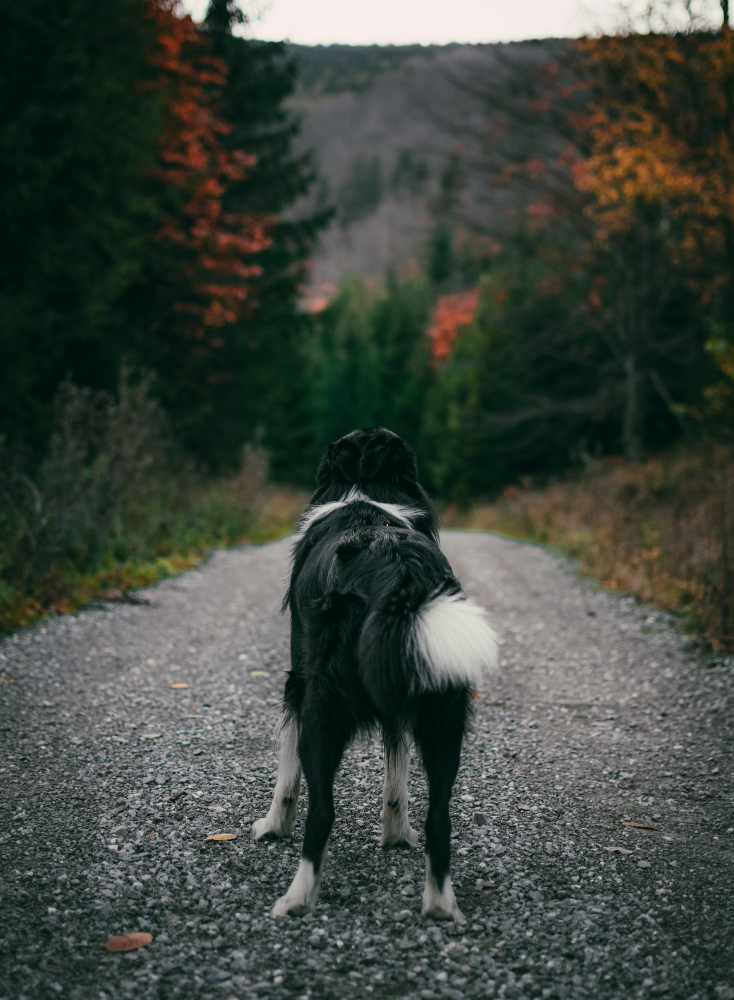 Conditions associated with the Lungs and Large Intestine 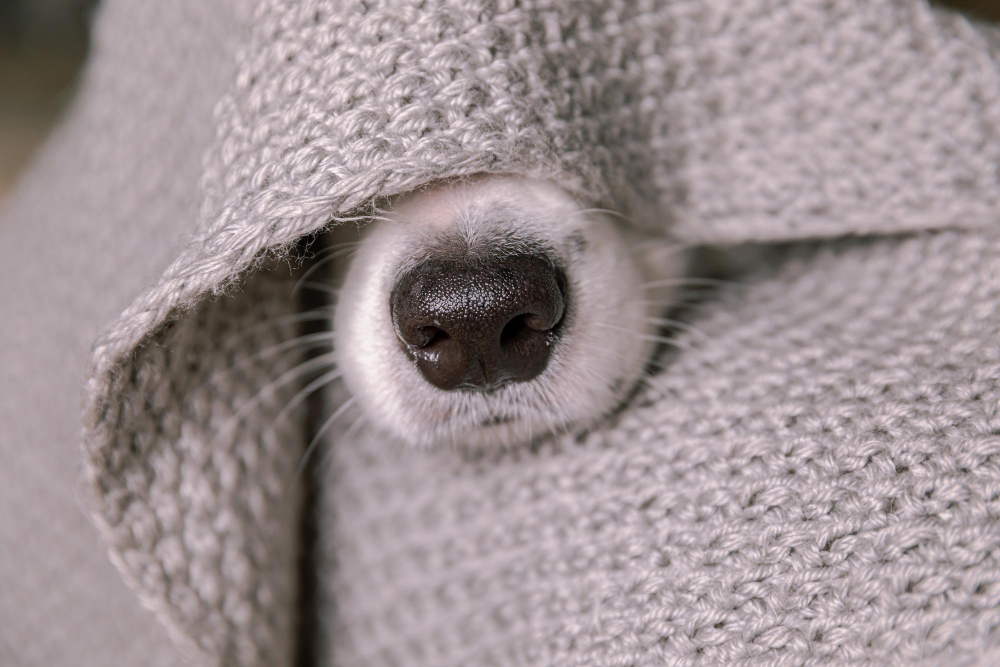 21-day cleansing and balancing diet for a 50-pound dog.

Feed twice a day and adjust according to weight

You can use this widget to input arbitrary HTML code into the page. Invalid HTML code may cause issues with the preview pane.

- use one at a time rotating the vegetables or combine some together (lightly steam, or put through food processor)

- black currants, or red grapes, or blueberries, or blackberries, or peaches 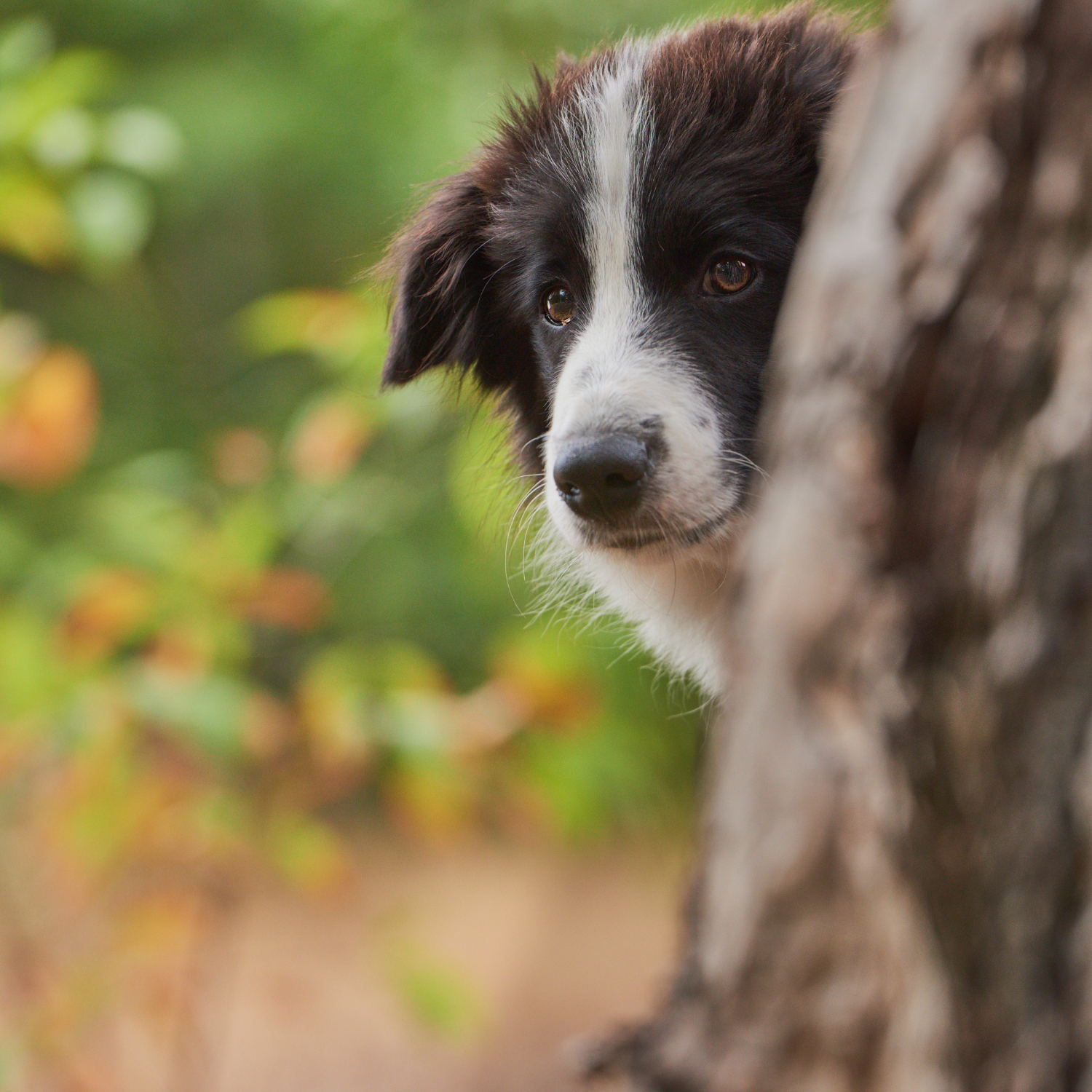 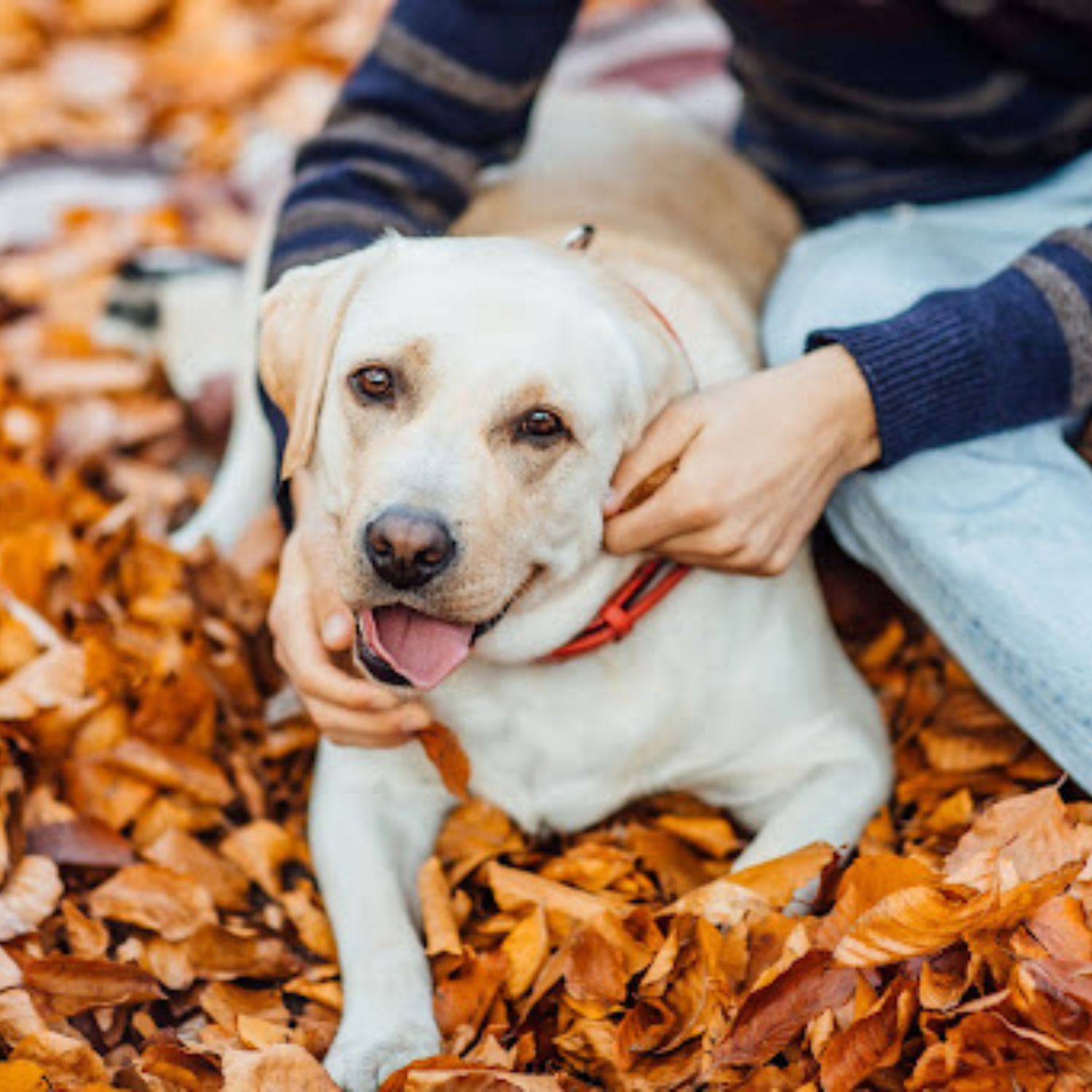 Start on Day 5 of the Transfer diet for the home made food, or day 3 for the Natural Diet Foundation or half the normal listed diet by weight for NDF2 for one day, then full amount the second day.

Always check your dog for internal parasites. If your dog has been infested and he has been wormed using a commercial product, the good bacteria present in the large intestine, necessary for normal stools, may have been killed off. Yogurt and or kefir will restore the “good” bacteria. Acidophilus capsules (the live bacteria contained in yogurt), can be bought at your health food store.

There are also many natural wormers such as Paraplex (http://www.primopetproducts.com) on the market, which can be used successfully.

Bathe your dog in a mild herbal shampoo, add some Neem oil and dilute with Willard Water, 10 to 1. Leave the shampoo on for about 5 minutes to kill any parasites on the skin. Rinse thoroughly with some Apple Cider Vinegar, mixed half and half with warm water, and let the dog drip-dry. This changes the pH of the skin, kills parasites and helps the skin to heal.

Neem is a product which is helpful with skin conditions and which I use with my dogs. Neem is a tree found in India, and is called the village pharmacy. All parts of the tree are used. Neem oil (http://neemtreefarms.com) is particularly effective when added to a mild, herbal shampoo for any conditions of the skin, and kills all parasites.

for fleas and ticks. After bathing your dog, let him drip dry. Do not put in front of a fan, or use a blow dryer, since Lung and Large Intestine symptoms are exacerbated. 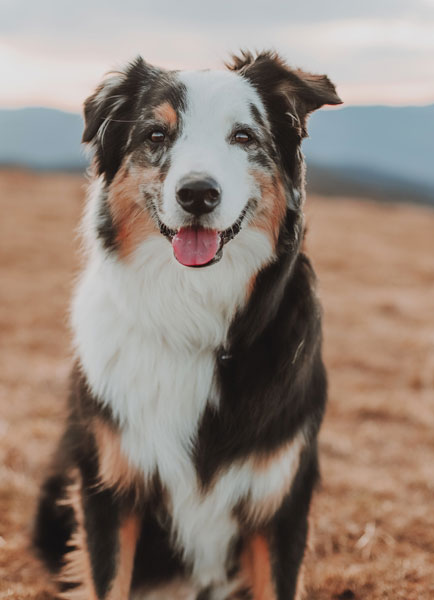 Working with your veterinarian

Diseases of the lungs and large intestine, need to be monitored on a regular basis by your veterinarian. On your office visit, be sure to

take a fecal specimen to check your dog for parasites. Blood work is always helpful in determining allergies and parasites.