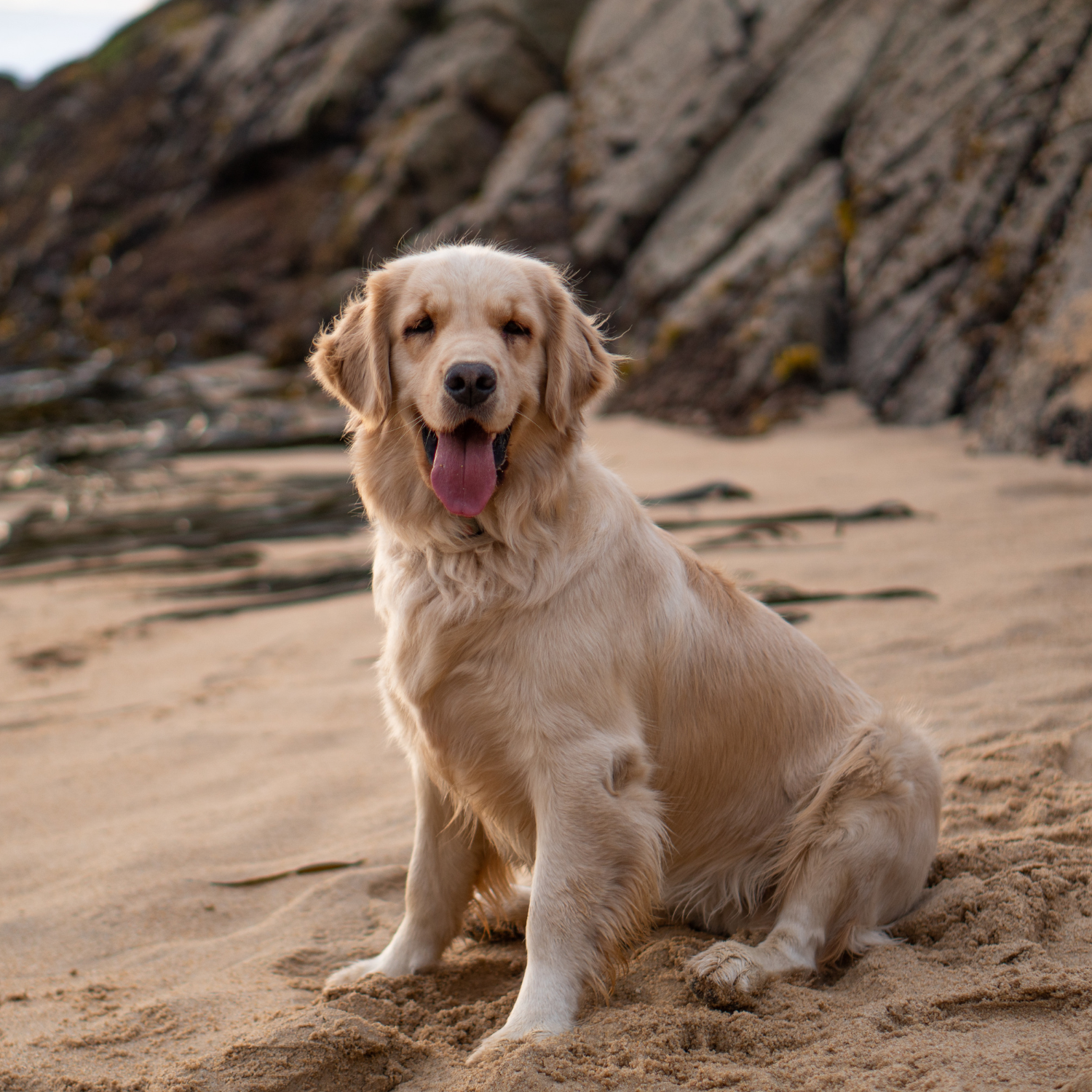 Sheila was the owner of several Golden Retrievers, all of whom were beloved pets. Every summer she took her dogs for a swim to the local lake. The dogs loved it. But it wasn't long before Harry, who was far the liveliest of the bunch, broke out with hot spots around his neck and on his back, close to his tail. That meant he had to be grounded until the hot spots cleared up.

He was miserable. He became hyper-active and barked hysterically. There was no easy way for Sheila to provide an energy outlet for him, and playing retrieving games on dry land ended up by him having hot spots just the same. As the years went by, these hot spots got worse and started to appear at other places on his body. She had used sprays and cortisone treatments with some success, but when these failed to work, I got the call for help.

Expressions of the Heart and Small Intestine

The element of Summer is fire, the color is red, and the emotion is happiness.

It is a time associated with scorched smell and hyper-activity.

The body's energy is in the heart and small intestine.

Manifestations of malfunctioning of these organs express themselves in blood circulation, heart, overheating, inability to cool the body by panting, and digestive upsets. All are made worse by heat, so hot days can be miserable for these dogs. 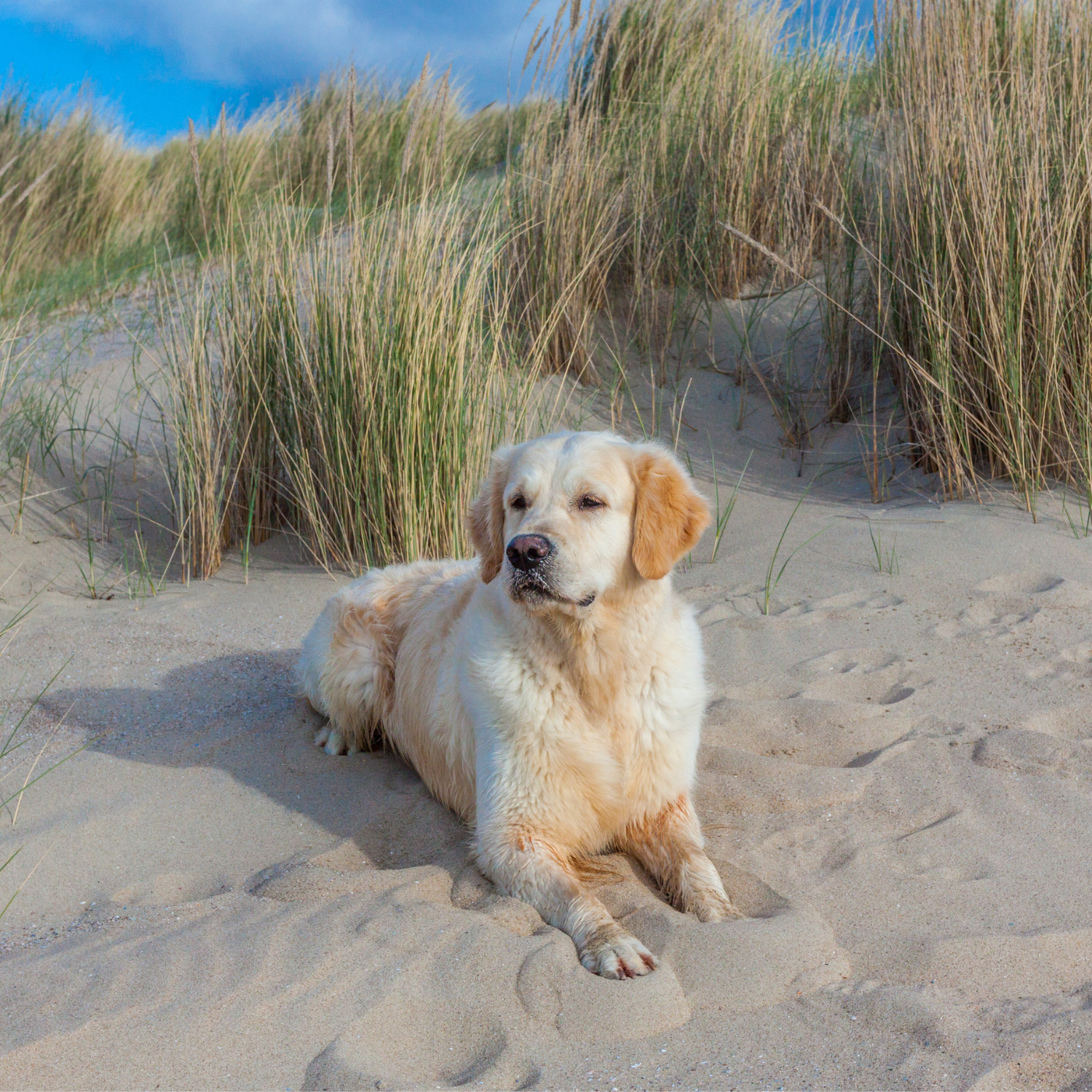 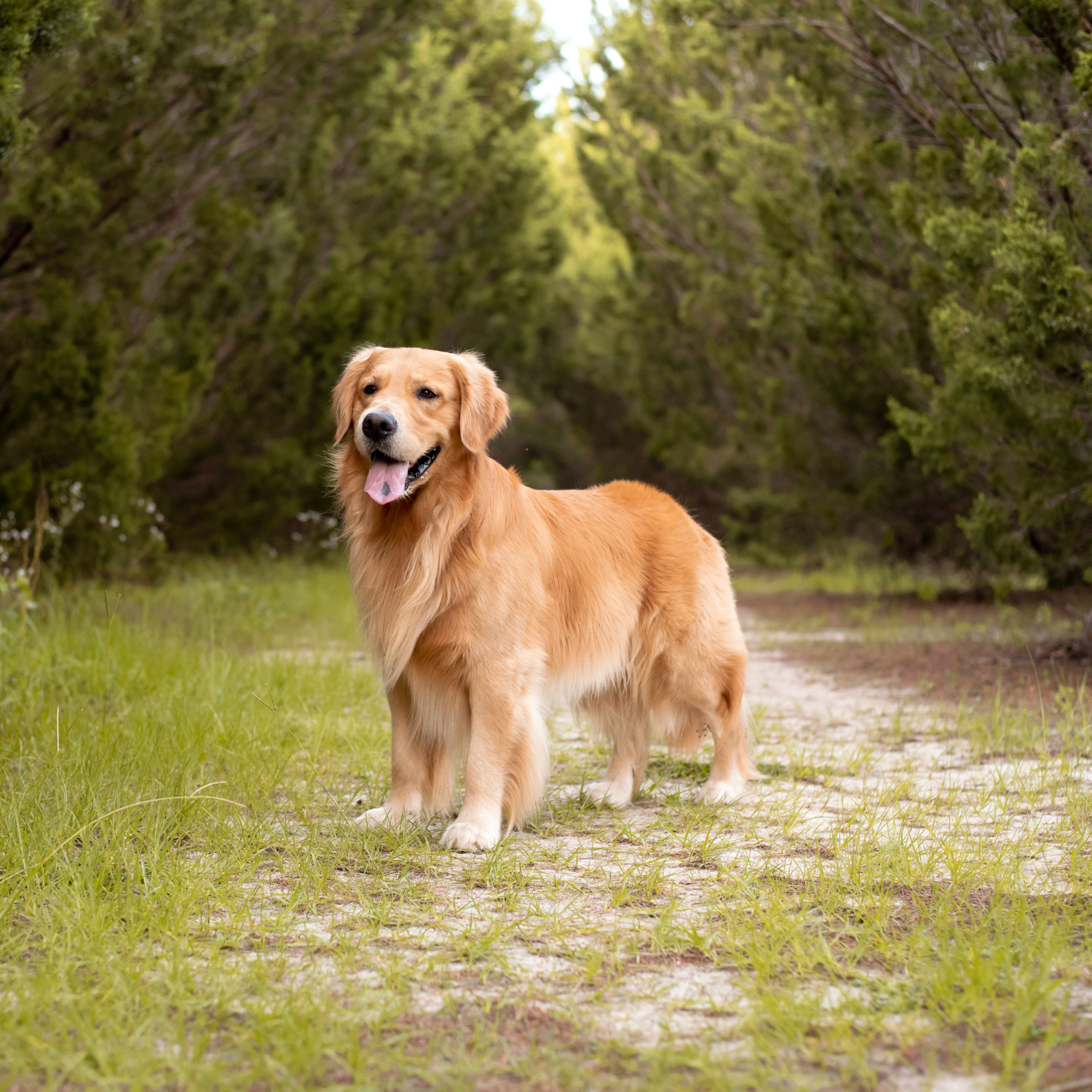 Sheila had a typical example of a dog on "Fire". His body had huge red hot spots, he had become hyper-active, which made his heart pound. His circulation was affected and in consequence his digestive abilities as well. Poor Harry was one unhappy dog.

I gave Sheila a homeopathic remedy to take care of Harry's hot spots while she was collecting together the ingredients for his new diet. She was also instructed to spray a mixture of 1/2 Apple Cider Vinegar and 1/2 Willard Water on Harry's hot spots. ACV changes the pH reading of the skin from alkaline to acid, inhibits hot spots from spreading, and aids in healing.

Harry was then put onto his new diet and everything cleared up. I warned Sheila that while she was on the right track to curing Harry, his hot spots may reoccur the following year but with less severity. She was advised that Harry might have to go through the cleansing diet again for a short period of time.

Behavioral manifestations are whining when moving, crying when climbing stairs, lack of interest in breeding, sudden limping front or rear legs, occasional deafness, hyperactivity, excessive playing, or no play behavior at all. 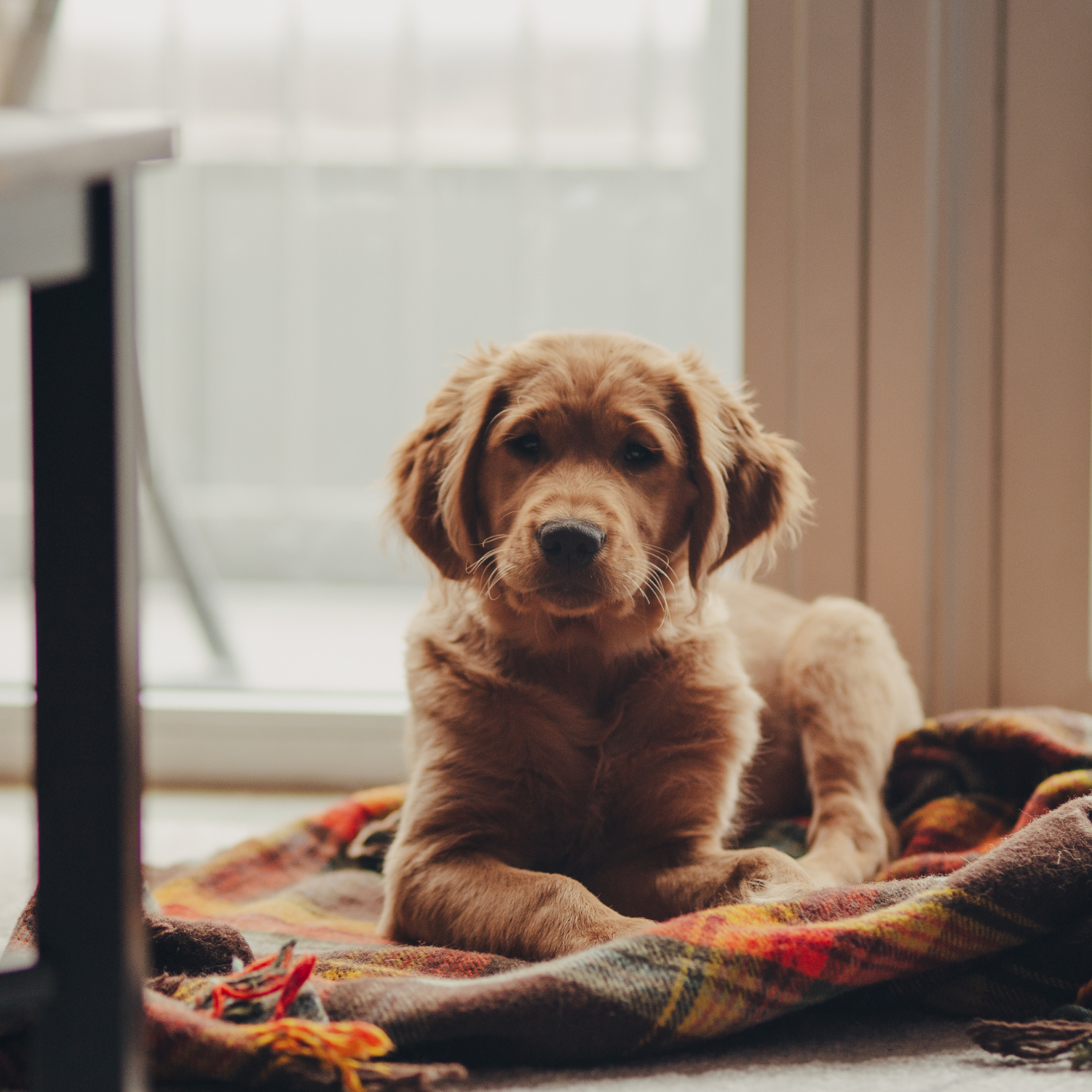 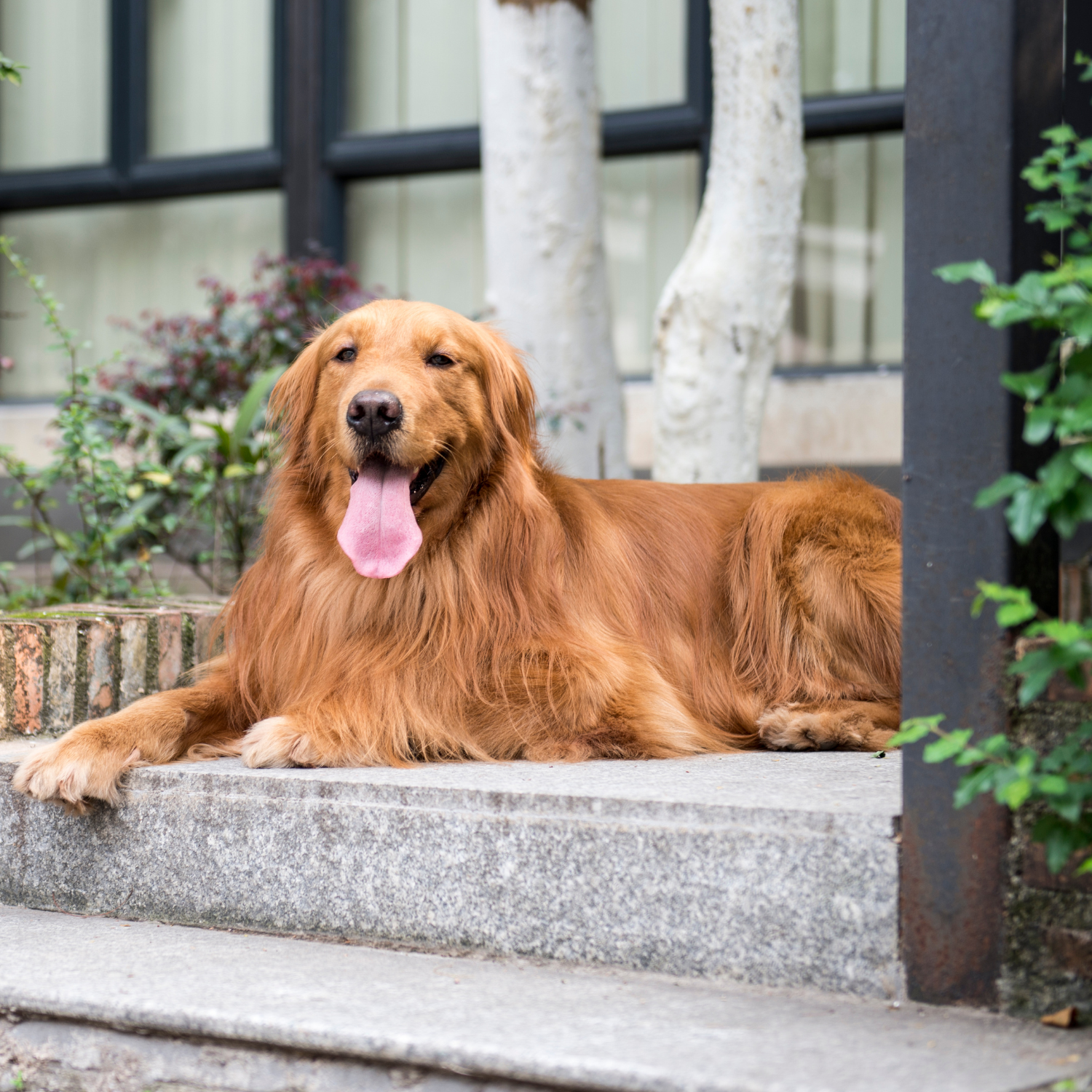 21-day cleansing and balancing diet for a 50-pound dog

Feed twice a day and adjust according to weight.

- use one at a time, rotating the grains or mix together

- use one at a time rotating the vegetables or combine some together (lightly steam, or put through food processor)

For the very sick dog, the vegetables and meat should be lightly cooked and fed together with a digestive enzyme. When you see improvement, reintroduce your dog to raw food.


Cardiotrophin PMG, 1 tablet in the a.m.

This diet is lower in meat protein than the other cleansing diets and is used to calm down the small intestine.

After three weeks, return to either the Natural Diet or the Natural Diet Foundation. Any time hot spots reappear, go back and do the cleansing diet again, but just for one week at a time, until the body has re-balanced. 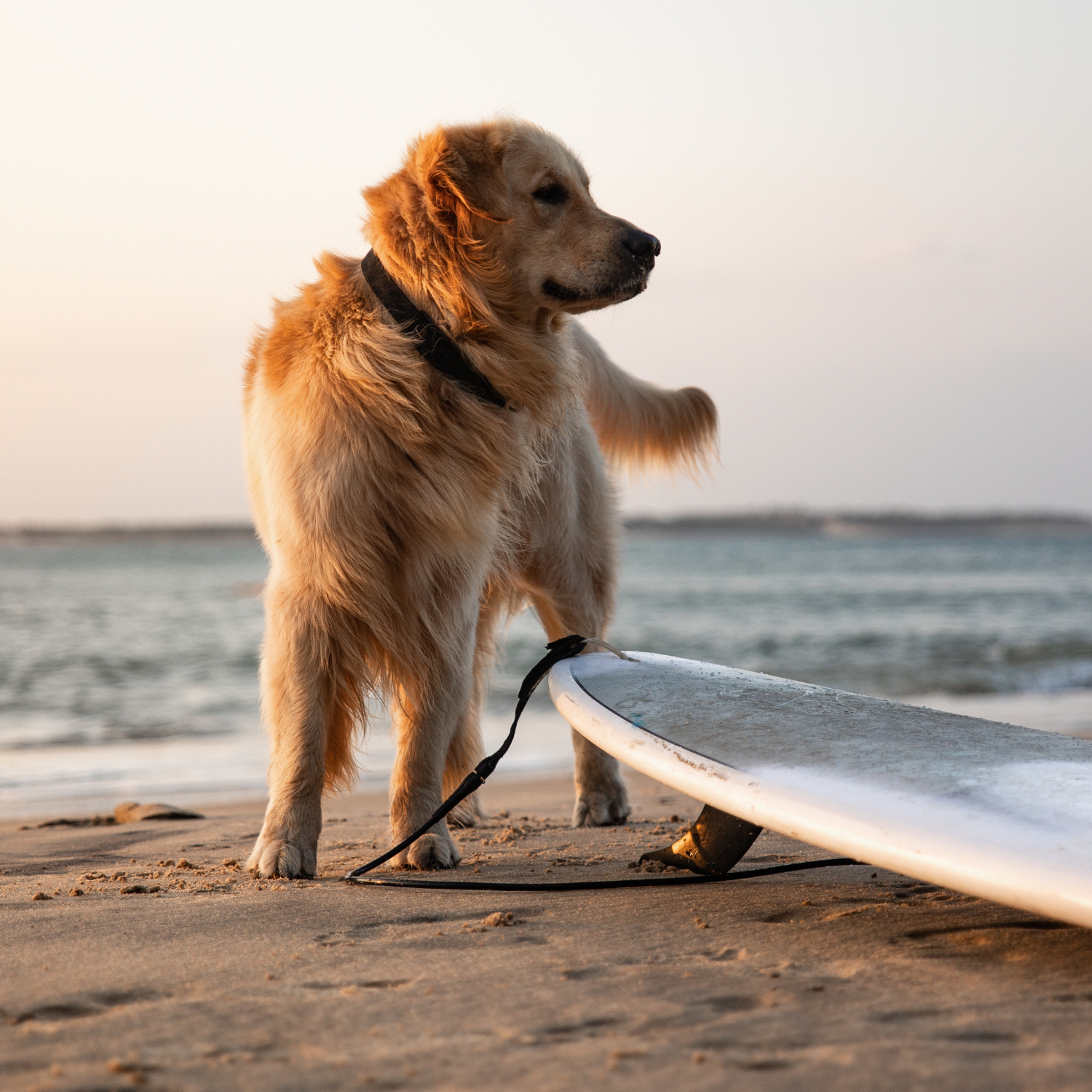 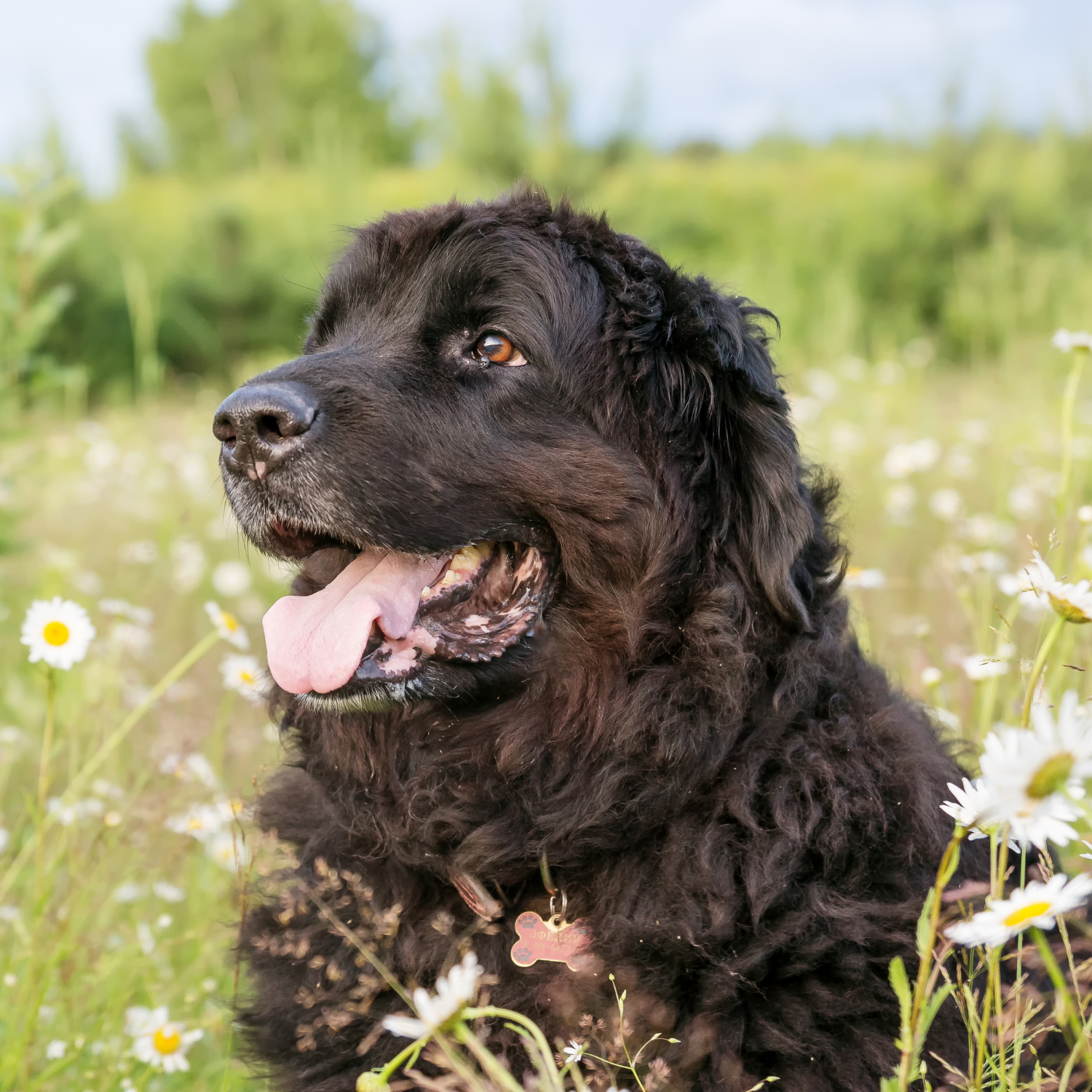 Early in May, Cubby's cruciate ligament was repaired. The operation went well, but the recovery period was going to be a long one, with no activity on Cubby's part. He had to have a sling put under his belly to help him up and to get him outside to relieve himself. Other than that, he was to have no activity. Terribly boring for a working dog, and also very debilitating. With no use of his muscles, they soon began to atrophy, which made getting up more and more difficult. Bethanne also noticed that the skin on Cubby's belly and under his arms was getting black. In July, Cubby was not able to urinate successfully. When he staggered outside, he was unable to have the proper "stream", and the urine just dribbled out, drop by drop.

Bethanne was concerned and rightly so. I explained to her that since Cubby had not been able to use his right rear leg, he put all the weight of his rather large Newfoundland body, on his left front leg. And, in order to keep his balance, he had to hold his head at a strange angle. My feeling was that he needed a visit to a chiropractor to get himself straightened out. Between the chiropractor and the homeopathics specific to the bladder, we fixed the urination problem and within 24 hours Cubby was moving better. He was putting weight on his right back leg, his head came up, and the dribbling returned to a stream. The black skin under his arms and belly is the classic sign of hypothyroidism, and a blood test confirmed this diagnosis. Cubby was put on glandulars, which corrected that problem.

Therefore, the Triple Heater has to be treated together with the other organ systems to regain balance. The Pericardium represents the sheath of tissue surrounding the heart and is considered its protector. Many emotional conditions manifesting themselves in odd behavior in our dogs, can be treated using the Pericardium acupuncture points. 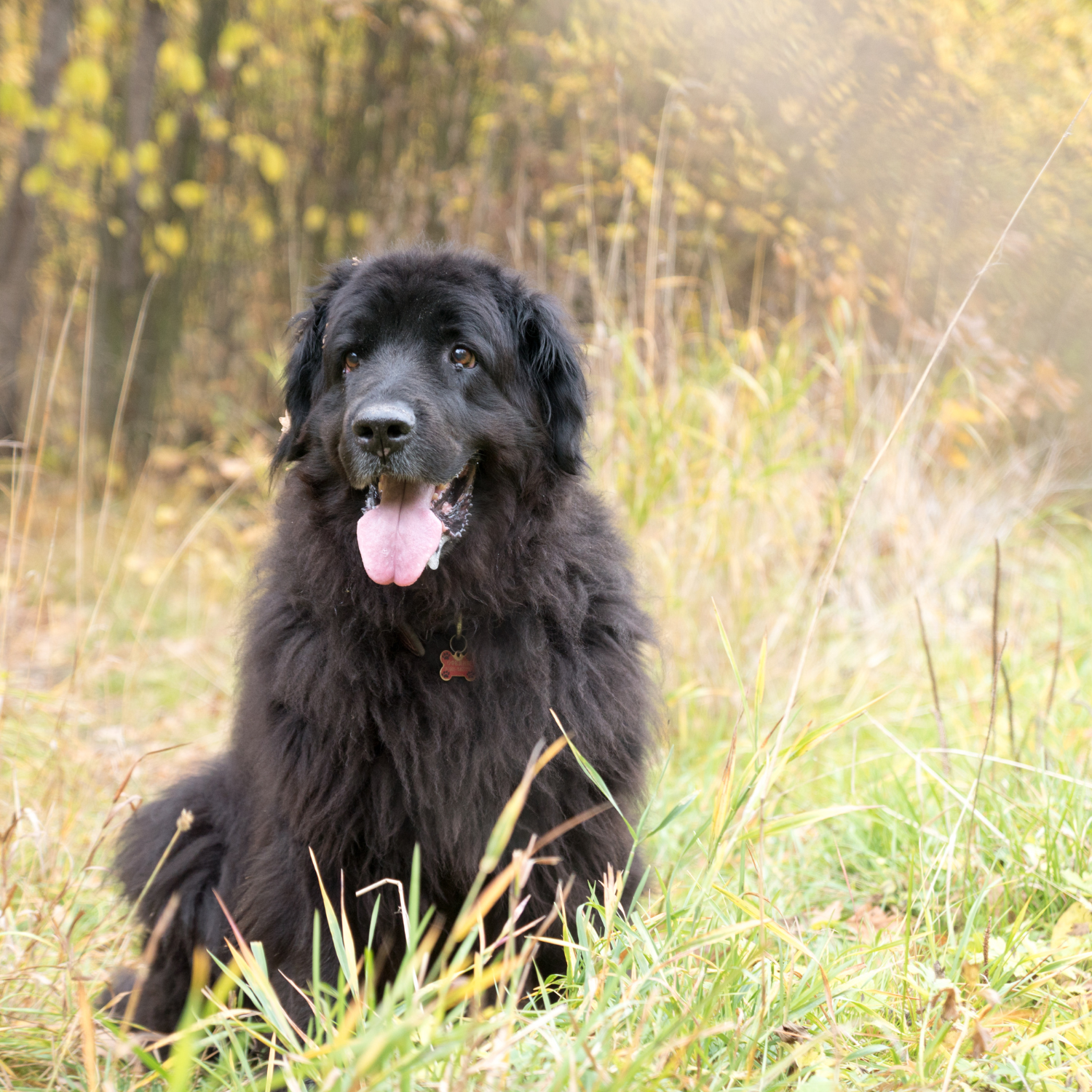 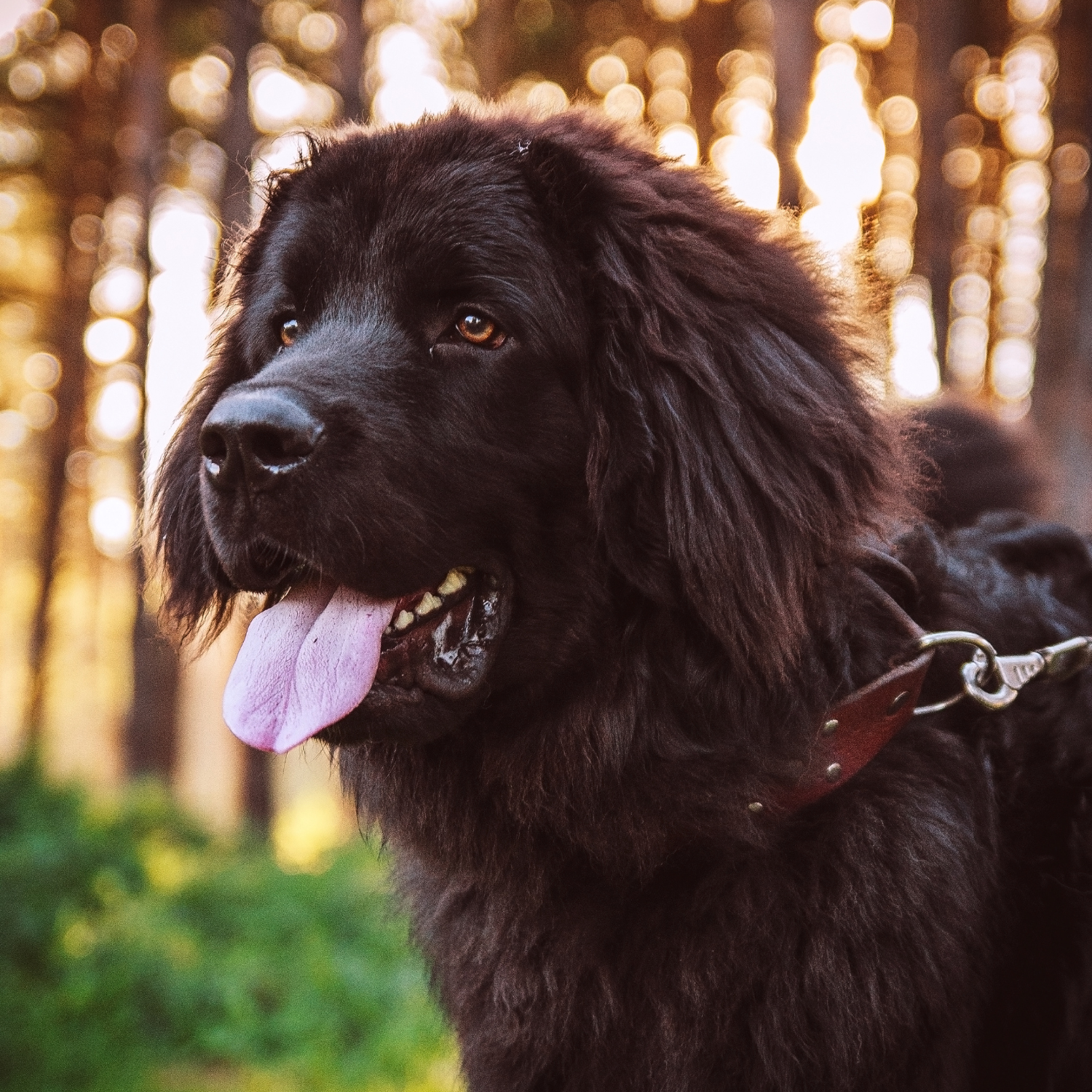 Acupuncture and nutritional supplementation can do wonders in treating these conditions.

To calm a dog who hates having his nails clipped, use these points together.

Where thyroid, adrenal, circulatory or heart conditions are suspected, a good working relationship with your veterinarian is a must. Continued monitoring through blood work, plus the use of medication is often required for successful, long-term treatment. 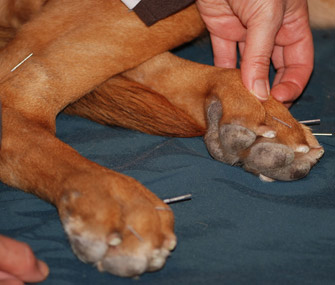 21-day cleansing and balancing diet for a 50-pound dog

Heart and Small Intestine, the diet is the same.

Any time symptoms reappear, go back and do the cleansing diet again, but for one week at a time, until the body has re-balanced.